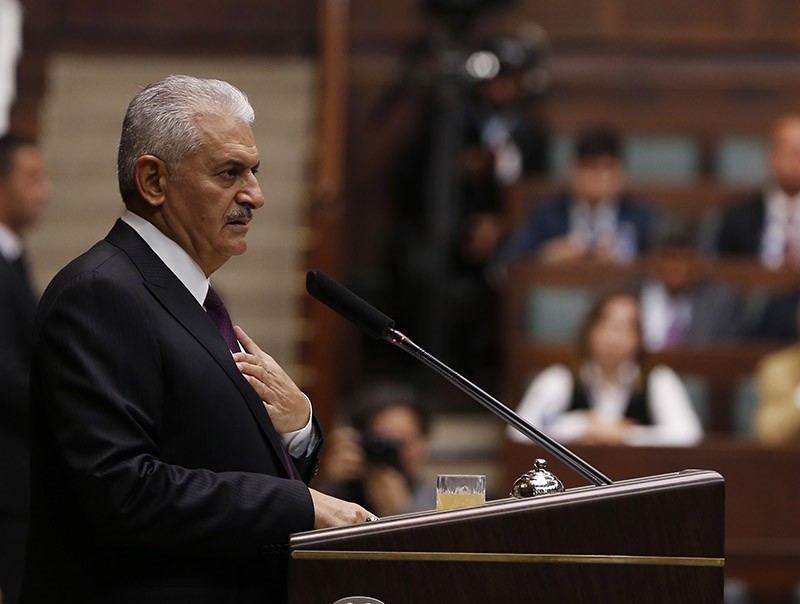 Prime Minister Binali Yıldırım on Wednesday has voiced hope that the strained ties between Turkey and the U.S. would normalize soon.

"We hope that the relations between the two allies will return to normal soon," Yıldırım said during a meeting with provincial governors at the Çankaya Palace in capital Ankara.

Yıldırım assured the governors that Ankara would use "common sense" in dealing with the situation.

His remarks came after the U.S. Embassy in Ankara announced Sunday it had suspended non-immigrant visa services at all diplomatic facilities in Turkey.

The decision came after Turkish national Metin Topuz, confirmed by the U.S. Istanbul Consulate as a local employee, was remanded in custody over terror charges by an Istanbul court last week.

Topuz is suspected to be linked to the Gülenist Terror Group (FETÖ), which is behind last year's defeated coup attempt, according to a judicial source.

Ankara accuses FETÖ and its U.S.-based leader Fetullah Gülen of orchestrating the attempted coup, which killed 250 people and injured nearly 2,200.

Topuz has been linked to a number of FETÖ suspects, including police commissioners and former prosecutor Zekeriya Öz, a fugitive accused of attempting to overthrow the government through the use of force, said a source, speaking on condition of anonymity due to restrictions.