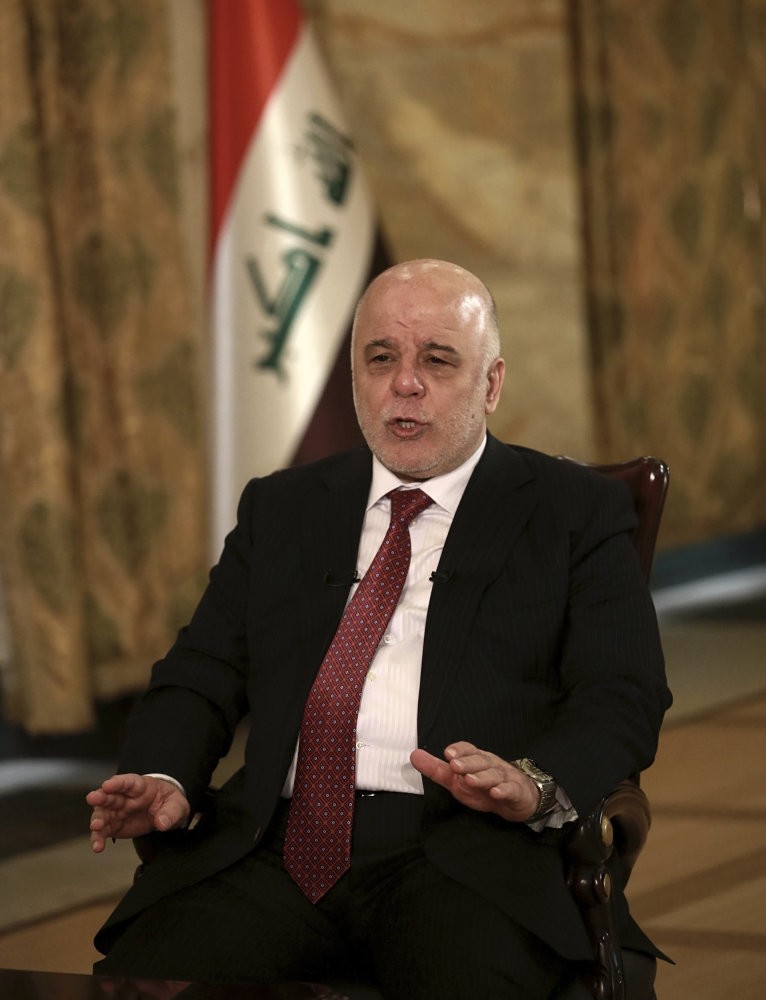 Iraqi Prime Minister Haidar al-Abadi said that providing security in contested provinces is the responsibility of the Iraqi central government and called on the Kurdish peshmerga to refrain from engaging in conflict with federal police in these areas.

He touched on the Kurdistan Regional Government's (KRG) independence referendum and said that dialogue entails "respect to the unity and integrity of Iraq and annulment of the referendum [results]."

"We will not discuss the referendum with anyone, and we will not start negotiations before annulment," he said, adding that the Baghdad will not stay idle against attempts to disintegrate the country.

On Sept. 25, Iraqis in the KRG – and in some areas disputed between Baghdad and Irbil – voted on whether to declare independence from Iraq or not.

The referendum was heavily criticized by most regional and international actors, many claiming it would distract from Iraq's ongoing fight against terrorism and further destabilize the already-volatile region.

The dispute over the city of Kirkuk erupted when the Kirkuk Provincial Council (KPC) ruled in late March that a referendum will be held regarding the status of the disputed province and its annexation by Iraqi Kurdistan's KRG in a session that was boycotted by Turkmen and Arab members of parliament.

According to the unilateral decision from the KPC, the status of the city and its surrounding area, classified as a disputed area in Article 140 of the Iraqi constitution, will be determined in a referendum that will determine whether the Iraqi central government or the KRG should rule the province.

Abadi also spoke of alleged new confederation talks between the central government and KRG, emphasizing the issue necessitates a change in the constitution and approval by a one-third majority in parliament.

"There won't be a separation between us and the Kurdish region," he said.

The exceptionally rigid environment in the region in the wake of the KRG independence referendum seems to have partially loosened as negotiations have been reported between the KRG and Baghdad.

NRT, a KRG-based news outlet, reported earlier this week that a confederacy is among the options instead of independence.

Meanwhile, an Iraqi court yesterday ordered the arrest of the chairwoman and two other members of the commission that organized the referendum, a judicial official said.

The court issued warrants for chairwoman Hendren Saleh and members Yari Hajji Omar and Wahida Yofo Hermez. It ruled that the three "organized the referendum in contravention of a ruling by the Iraqi supreme court," which had found the vote to be unconstitutional and ordered it called off.