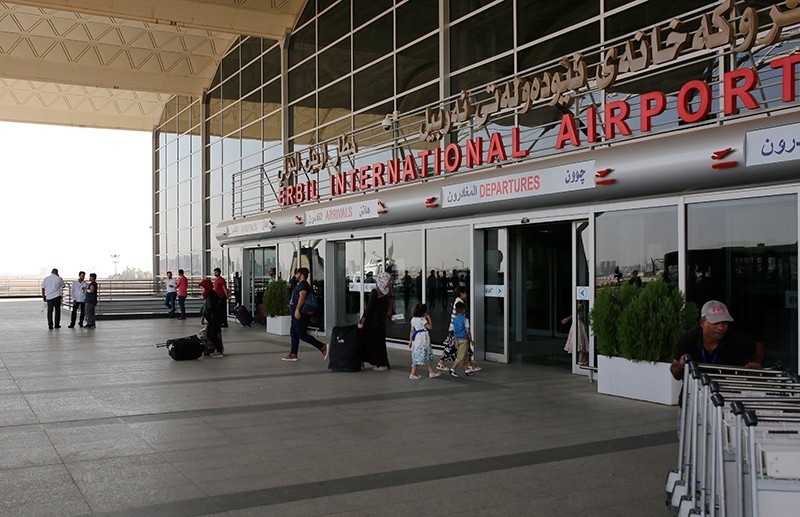 The Kurdistan Regional Government (KRG) offered to hold talks with Iraqi authorities on the status of airports, border posts and banks, on which they placed restrictions following an illegitimate independence referendum.

Baghdad took the measures to isolate the KRG after last month's referendum.

The government in Baghdad, which declared the vote illegal, imposed a ban on direct international flights to the northern region. It also demanded that the KRG hand over control of its border posts, and stopped selling dollars to four KRG-owned banks.

"To avoid this collective punishment, we invite (Iraqi Prime Minister) Haider al-Abadi, again, that we ready to any from of dialogue and negotiations in conformity with the Iraqi Constitution," the KRG said a statement published overnight.

It offered discussions "regarding the crossings, internal trade, providing services to the citizens, the banks and the airports."

The statement marked a change of tack by Kurdish authorities, which on Wednesday accused Iraqi forces and Iranian-trained Iraqi paramilitaries of "preparing a major attack" on the oil-rich region of Kirkuk and near Mosul in northern Iraq.

An Iraqi military spokesman denied any attack on Kurdish forces was planned, saying government troops were preparing to oust Daesh terrorists from an area near the Syrian border.

Iraq's Supreme Judicial Council issued arrest warrants on Wednesday for the chairman of the KRG referendum commission and two aides for "violating a valid (Iraqi) court ruling" banning the independence vote as against the Constitution.

Prime Minister Binali Yıldırım is expected to visit Baghdad on Sunday to meet with his Iraqi counterpart Haider al-Abadi.

Kirkuk, a KRG-controled multi-ethnic region, has emerged as a flashpoint in the crisis between Baghdad and Irbil as it is claimed by both sides.

Iraqi forces and Shiite paramilitaries, known as Popular Mobilization, are deployed south and west of Kirkuk, in areas previously under the control of Daesh.

The area around the border post of al-Qaim, in western Iraq, is the last Iraqi region still under the control of the terrorists who overran a third of the country in 2014.

Barzani's opponents have accused him of seeking to give himself increased powers through the vote, saying he should have accepted a U.N.-backed plan to postpone the referendum in favor of negotiations with Baghdad.