Turkish Parliament extends state of emergency for an additional 3 months 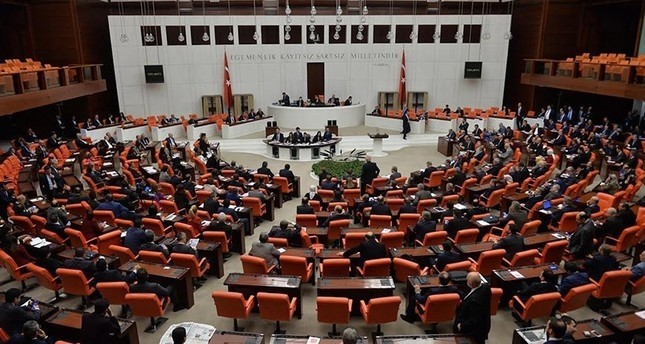 The Turkish Parliament extended late Tuesday the state of emergency for an additional 3 months, marking the fifth extension since it was declared on July 20, 2016, after the defeated coup of July 15, 2016.

The general assembly approved the Prime Ministry's motion calling for the extension, which would become effective as of Thursday, 1.00 a.m. (2200 GMT).

The ruling Justice and Development Party (AK Party) and opposition Nationalist Movement Party (MHP) voted in favor of the extension, while main opposition Republican People's Party (CHP) and People's Democratic Party (HDP) were against it.

According to the Constitution, a state of emergency can be declared for a maximum period of six months.

To enact the state of emergency, the government must see serious indications of widespread violence that could interfere with Turkey's democratic environment or its citizens' basic rights and freedoms as established by the Constitution.

The failed coup attempt, which left 250 people dead and nearly 2,200 injured, was organized by followers of the Gülenist Terror Group (FETÖ) led by Fetullah Gülen, who has lived in self-imposed exile on a 400-acre property in the foothills of the Pocono Mountains in the U.S. state of Pennsylvania since 1999.