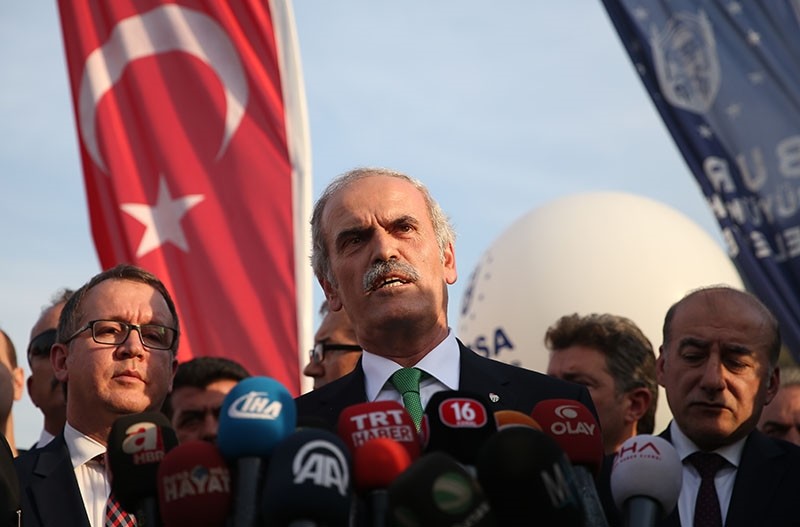 The mayor of Turkey's fourth largest city of Bursa, Recep Altepe, announced Monday his resignation from the post amid the rejuvenation bid in the ruling Justice and Development Party (AK Party).

Altepe, mayor of the northwestern industrial hub, was named among the mayors whose resignation was sought by the AK Party leadership. He stated last week that he will remain in charge.

Speaking to reporters Monday at an inauguration ceremony for municipality services, Altepe said that he will not clash with the party and its leader, President Recep Tayyip Erdoğan, and it is not possible to serve Bursa, its citizens or the country in these conditions anymore.

Following mayors of Istanbul, Niğde and Düzce, Altepe is the fourth mayor from the AK Party who resigned from his post.

Kadir Topbaş, the mayor of the country's most populated city, Istanbul, was the first to step down after serving multiple terms and, earlier this month, Mehmet Keleş, the mayor of the northern province of Düzce, also submitted his resignation. It was followed by resignation of Faruk Akdoğan, mayor of central Niğde province.

In the 15 years it has been in power, the AK Party has seen a number of changes in its ruling cadres before and after the multiple elections it has won, but it is the first time that a number of mayors have offered their resignations in such a short period of time.

In a landmark speech last summer, President Recep Tayyip Erdoğan said that there was "metal fatigue" within the AK Party and took up the task of rejuvenating it.

Erdoğan said in a recent interview that he was expecting three mayors to submit their resignations. Turkish media outlets say the three mayors are Altepe, Ahmet Edip Uğur of Balıkesir – a city neighboring Bursa – and Melih Gökçek, the longtime mayor of the capital Ankara. Gökçek met Erdoğan on Monday in a previously unannounced meeting.

Rumors were circulating that Altepe would not bow to the party headquarters' request to step down, but he dismissed reports in Monday's press conference and said he would not "create a crisis."