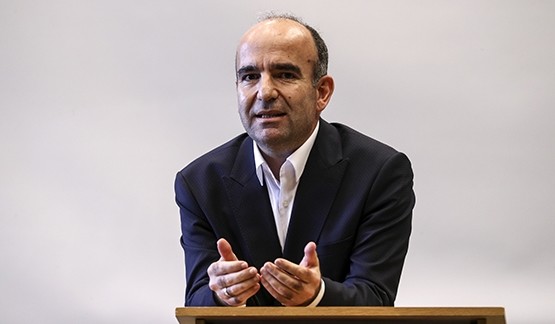 The Council on Foreign Relations, a Washington-based think tank, will host a closed-door discussion on Tuesday with Abdülhamit Bilici, the former editor-in-chief of the now-closed Zaman newspaper. Sources say there is at least one arrest warrant for Bilici, who is believed to be a senior level figure among the Gülenist network.

The Turkish government has designated Pennsylvania-based fugitive preacher Fetullah Gülen and his followers as terror group, labelling them as Gülenist Terror Group (FETÖ), for its activities against the state. The Organization of Islamic Cooperation (OIC) and Gulf Cooperation Council also recognize it as a terrorist group.

Prosecutors in multiple court cases say there is tangible evidence proving the complicity of Gülen and his followers in the failed coup attempt last year that left 249 people dead and over 2,200 others injured.

The invitation to the event says Bilici will discuss Turkish politics and foreign policy in the meeting. It does not, however, mention the fact that Bilici and his former newspaper are associated with Gülen and his opaque network.

Presiding over the event will be Steven A. Cook, a Turkey and Egypt expert at CFR. Bilici and his colleagues have been traveling around the U.S., holding events to provide a Gülenist narrative on the failed coup attempt and current affairs in Turkey.

Most of these events were held at non-Gülen organizations with free refreshments. Some sources have suggested that Gülenists were providing funds to the host think tanks for the events. CFR Communications said in an email that the think tank did not receive any contributions for their event.