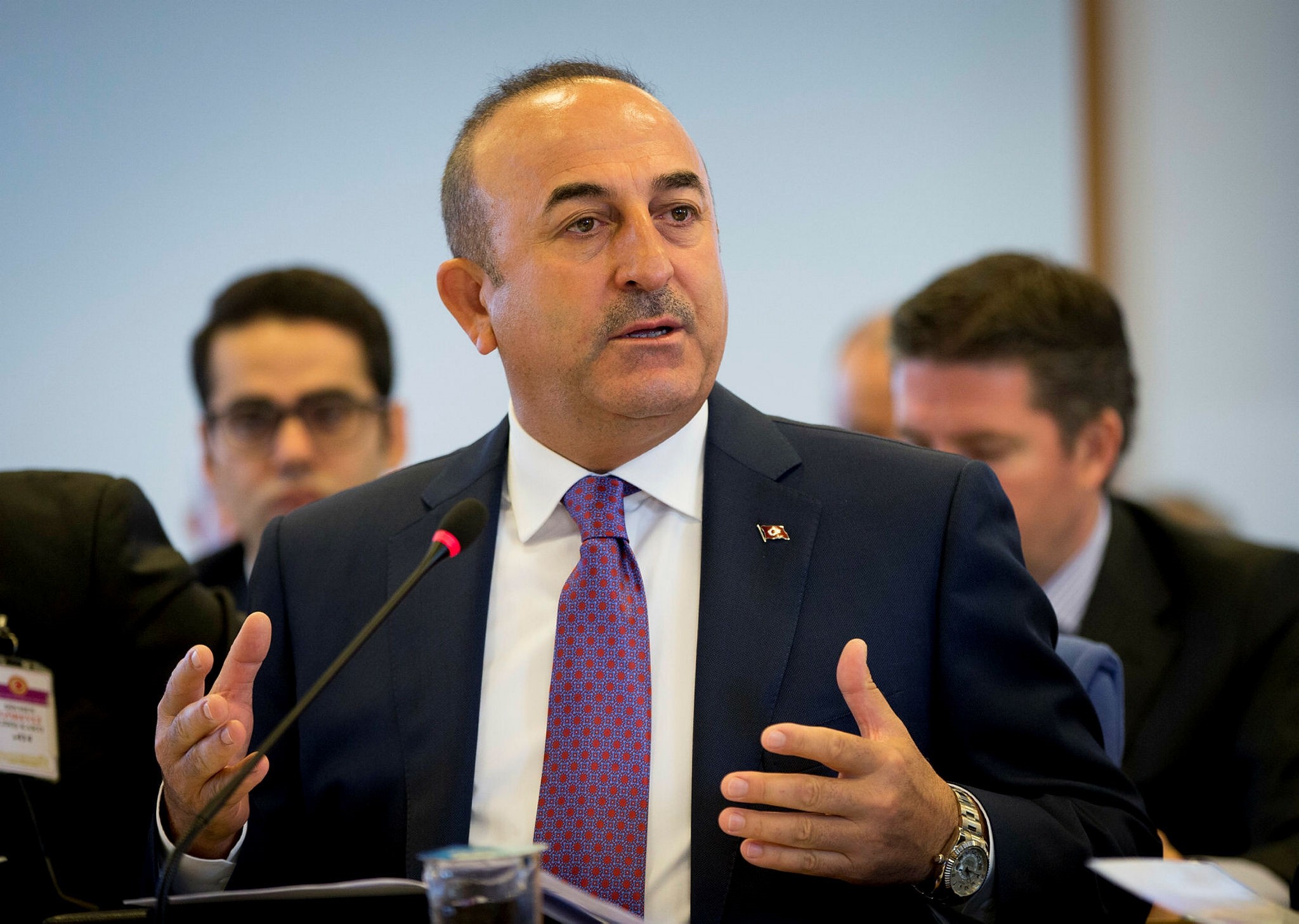 Çavuşoğlu added that FETÖ, which perpetrated last year's coup attempt, has extensively infiltrated into American government institutions including its judiciary and overseas missions.

The Zarrab case has complicated already strained relations between the United States and Turkey, both members of the NATO military alliance.

U.S. prosecutors have charged Zarrab and his alleged co-conspirators of handling hundreds of millions of dollars for Iran's government and Iranian entities from 2010 to 2015, in a scheme to evade U.S. sanctions.

"When you look at the indictment of Mr. Zarrab, it is exactly the same one that FETÖ actually prepared here in Turkey in 2013," Çavuşoğlu told reporters at a briefing in Istanbul, mentioning the judicial coup attempt in that year by the terrorist group. In the infamous Dec. 17 and Dec. 25, 2013 anti-graft investigations, FETÖ turned to its members in the judiciary to deal a blow to the democratically elected government of then-Prime Minister Recep Tayyip Erdoğan.

"So this case is very much a FETÖ-motivated one, this is for sure. All those indictments and files they fabricated here were taken back to the United States."

The top diplomat also said he had informed U.S. Secretary of State Rex Tillerson of Gülenists' attempts to spread their influence.

"I told him very openly that I believe that FETÖ has infiltrated his missions here in Turkey through the local staff, and the Halkbank case and the Zarrab case are very much FETÖ-motivated ones. I am very open. He didn't make a comment on this," Çavuşoğlu said.

Zarrab was arrested in Miami last year on charges of engaging in hundreds-of-millions-of-dollars of transactions on behalf of the government of Iran and other Iranian entities, which were barred by U.S. sanctions, while laundering the proceeds and defrauding several financial institutions by concealing the true nature of the illegal transactions.

His lawyer said that he cannot communicate with Zarrab.

The indictment broadens the case targeting Zarrab over the sanctions evasion, which has fueled tensions between the U.S. and Turkey. Zarrab and Halkbank Deputy General Manager Mehmet Hakan Atilla, who was arrested while in the U.S. in March 2017, are scheduled to stand trial soon. If convicted, they face prison terms of up to 30 years.

Turkey argues that the case has been turned into a political case against Ankara. President Recep Tayyip Erdoğan on Sept. 8 slammed the U.S. administration in response to charges that were filed against Turkey's former economy minister who is accused of violating U.S. sanctions on Iran, calling the decision a political step taken against the Turkish state.

"This issue is really an interesting one. It is already not possible to comment on it maintaining legality. I am assessing the legal step taken against our former economy minister and I am emphatically saying that this is a step taken against the Republic of Turkey, as [the U.S.] has not been able to provide the basis of the allegation against him personally as of yet," Erdoğan had said in Istanbul ahead of his departure to Kazakhstan to attend the Organization of Islamic Cooperation (OIC) summit.

The tensions between Turkey and the U.S. have been rather high recently. A visa crisis erupted after Metin Topuz, a Turkish employee working in the U.S. Consulate in Istanbul, was arrested on charges of espionage and over his links to FETÖ, the group blamed for the July 15, 2016 coup attempt that killed 249 people in Turkey.