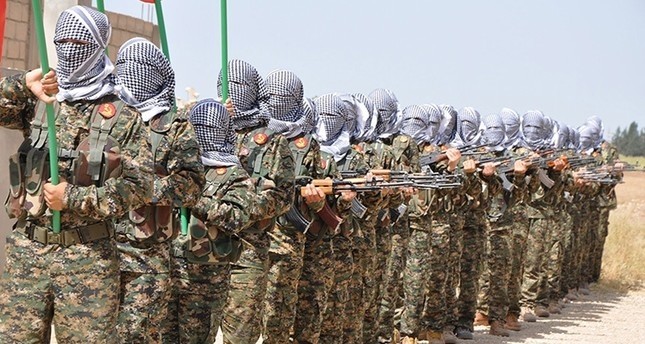 The U.S. will continue its partnership with the Syrian Democratic Forces (SDF), which includes People's Protection Units (YPG) terrorists — the military wing of the Democratic Union Party (PYD) — the Pentagon said late Monday.

Pentagon also said that they had previously told Turkey that the arms provided to the terrorists would be "limited, mission-specific and provided incrementally to achieve military objectives."

Pentagon said it is "reviewing pending adjustments to military support" provided to the SDF based on requirements.

The news came after Turkish Foreign Minister Mevlüt Çavuşoğlu said U.S. President Donald Trump promised his Turkish counterpart Recep Tayyip Erdoğan in a phone call on Nov. 24 that the U.S. will no longer provide weapons to the YPG.

While recognizing the PKK as a terrorist group, the U.S. has treated its Syrian affiliate the PYD/YPG as an ally in its anti-Daesh efforts.

Turkish officials have reiterated on multlple occasions that the PYD and YPG are no different than the PKK, which is a globally recognized terrorist group.

The U.S. providing weapons to the YPG has been adversely affecting relations between the two countries. While the U.S. insists that supporting the YPG is the only option to defeat Daesh, Ankara says an alternative can be found with local Arab tribes backed by countries in the region instead of supporting and arming one terrorist group against another.