Zarrab said ‘had to lie in order to get out of jail or get reduced sentence,’ defense letter says 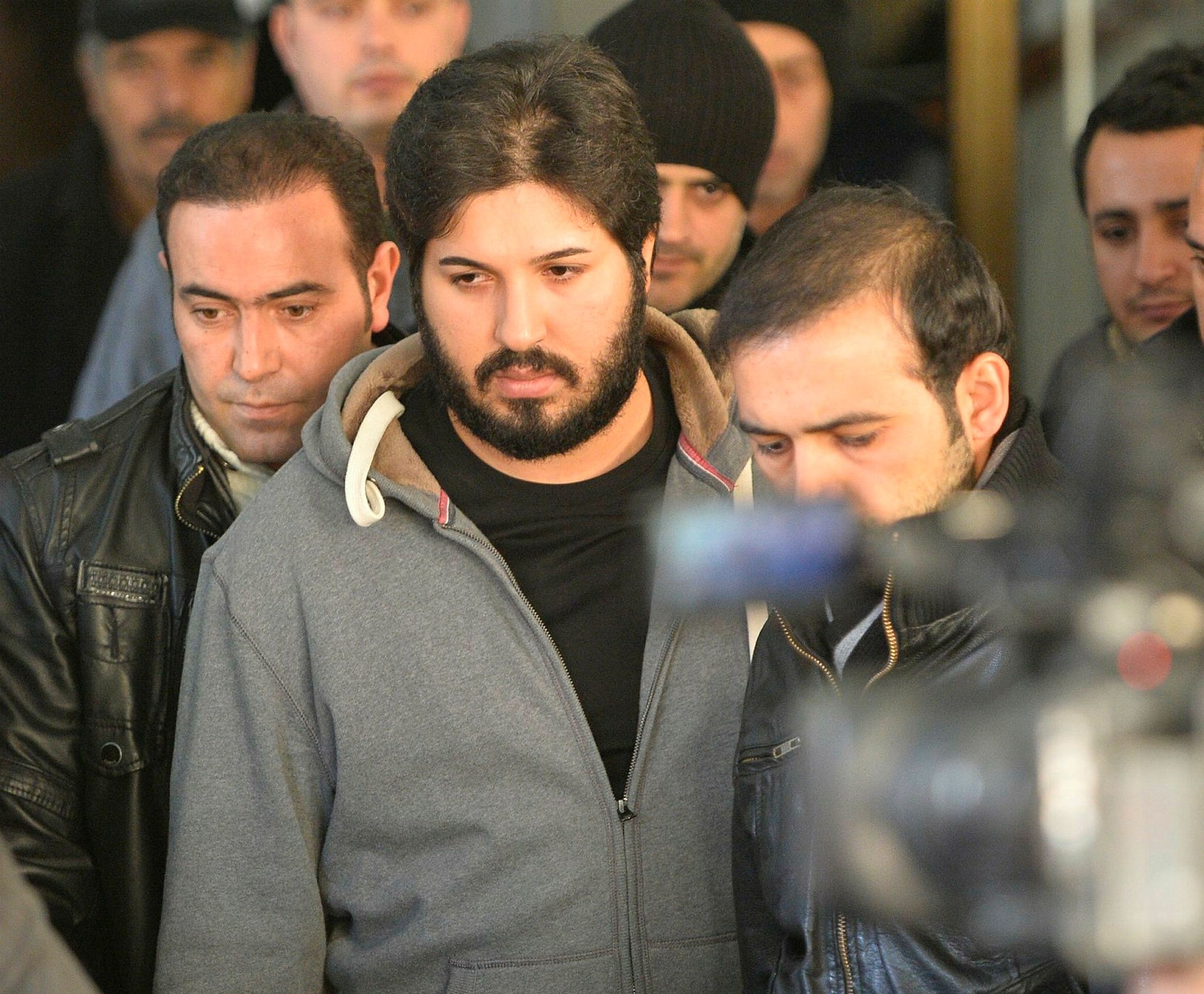 Reza Zarrab, a Turkish-Iranian gold trader who had agreed to cooperate with prosecutors to not stand trial in the United States over a breach of now-lifted U.S. sanctions on Iran, money laundering and other charges, said in a September 2016 call from prison that he needed to lie in order to get out of prison or get a reduced sentence, courthouse reporter Pete Brush said, citing the defense letter in a tweet.

"A curious letter appeared, then disappeared, from the Mehmet Hakan Atilla docket over the last few hours. Atilla's lawyers told Judge [Richard] Berman that U.S. prosecutors did not meet their burden to turn over exculpatory evidence in a timely manner," he said.

Zarrab has now pleaded guilty and is testifying as a witness in the trial of Atilla, the deputy CEO of state-owned Halkbank.

"Reza Zarrab supposedly said in a 9/2016 jailhouse call that he needed to lie 'in order to get out or to get a reduced sentence,' according to the defense letter. Mehmet Hakan Atilla's team says that shows Zarrab's 'willingness to fabricate testimony out of whole cloth,'" Brush detailed.

The reporter also said that Atilla's team says the information suggests the prosecution violated Berman's Nov. 28 order for the U.S. to turn over all exculpatory material and that "the failure should be deemed a violation of Atilla's right to due process."

He said Zarrab made a deal to get out of jail free, possibly joining the U.S. witness protection program so he and his family can live in the United States.

Speaking at the Justice and Development Party's (AK Party) group meeting, President Recep Tayyip Erdoğan said the ongoing Zarrab case in the U.S. is a similar attempt to the one in Turkey that took place on Dec. 17 and Dec. 25, 2013, which has been called the Gülenist judicial coup attempt. "There is no corruption investigation or corruption case, as claimed by some circles under the guidance of the Gülenist Terror Group [FETÖ] and the main opposition. Such a claim is not the point in question and cannot be at the core of the case in the United States," the president said.

Stressing that the Dec. 17 and Dec. 25 judicial coup attempt was aimed at obliterating the constitutional order, Erdoğan said the Zarrab case has the same goal in the international arena. "The conspiracy claims in the indictment of the case are true. But this conspiracy is not against the United States, it is a conspiracy against Turkey," he said. Erdoğan asserted that it is trying to victimize Turkey on the grounds that it violated sanctions.

Erdoğan said the Zarrab case is a coup attempt, as well. "This case is an international coup attempt that is the continuation of Dec. 17 and Dec. 25 and July 15 where FETÖ stands right in the middle," he said.

Prosecutors loyal to FETÖ launched the Dec. and Dec. 25, 2013 operations, a so-called corruption inquiry, which was a plot perpetrated by the terrorist group to topple the democratically elected government.

On July 15, 2016, a small military junta linked to the FETÖ attempted to topple the democratically elected president and the government of Turkey. The attempt was prevented by troops loyal to the government, along with police and millions of people in favor of democracy. Putschist soldiers killed 249 people, mostly civilians, and injured over 2,000 people.

Atilla, who was arrested while in the U.S. in March 2017, has pleaded not guilty to the charges of conspiring with Zarrab.

Zarrab stopped appearing in court weeks ago, prompting speculation he had cut a deal and was cooperating with U.S. officials. A prosecutor said in court Tuesday that Zarrab would testify as part of a plea deal, but gave no other details.

Meanwhile, Bloomberg news asserted that the Zarrab trial adds to a growing narrative that the West is plotting against Turkey.

An article published online, "Conspiracy or Not, Turkey's Ties to West Are at Risk," suggests that events such as Zarrab's testimony in the U.S. on the violation of Iran sanctions and the July 15 coup attempt have strengthened suspicions that the West has been aiming to weaken powers in Turkey for years.

The article says that residents of Istanbul's Kasımpaşa district, where Erdoğan was born and grew up, saw Zarrab's testimony as part of the U.S. plan "to overthrow a NATO ally's democratically elected leader and bring a weakened Turkey to heel."

"The government and even its opponents believe Turkey has genuine cause for its sense of betrayal by the West," the report said.