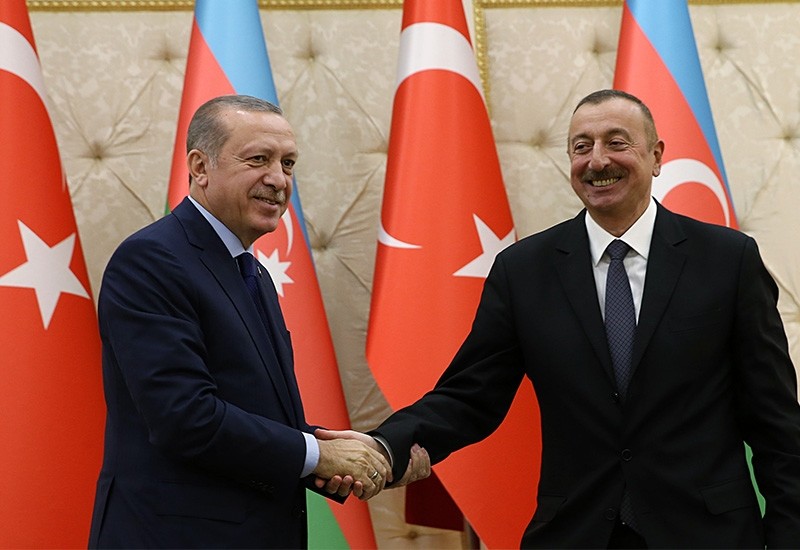 President Recep Tayyip Erdoğan has discussed the recent developments in Jerusalem with the presidents of Azerbaijan, Kazakhstan and Lebanon in separate phone calls early Saturday.

Erdoğan emphasized in the phone calls that the decision of the U.S. government to recognize Jerusalem as Israel's capital would negatively impact the stability and peace in the Middle East, and added that the status of Jerusalem must be protected.

The president also told his counterparts that the region's peace and stability depends on an independent and sovereign Palestine East Jerusalem as its capital.

Erdoğan also said that the extraordinary summit of the Organization of Islamic Cooperation (OIC) which will be held on Dec. 13 in Istanbul will be important to display a joint stance.

Erdoğan also called his French counterpart Emmanuel Macron in the afternoon to discuss the same issue.