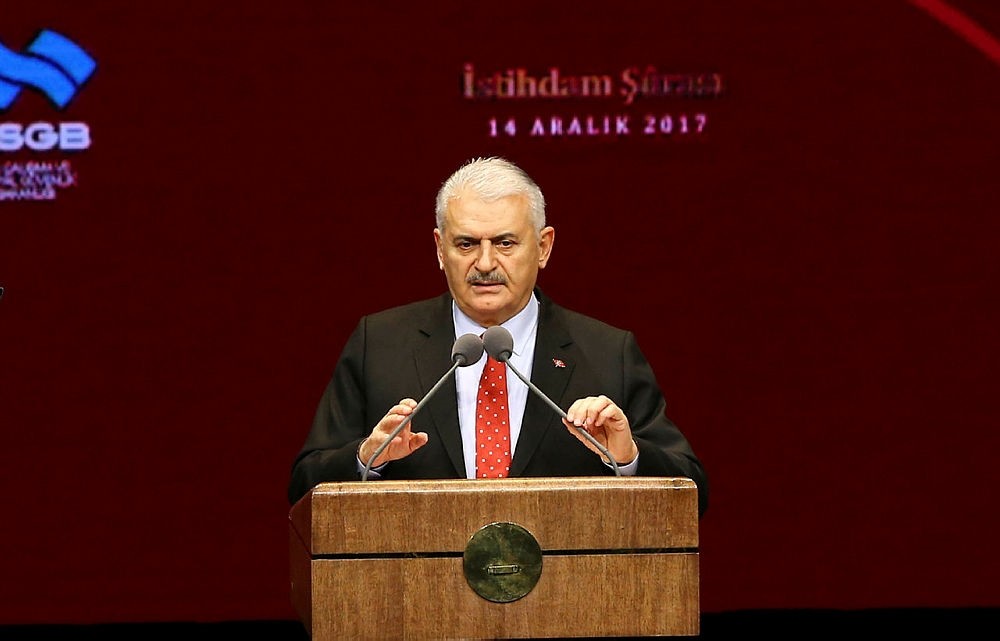 Prime Minister Binali Yıldırım criticized Western countries for mishandling the refugee flow, saying migration was being treated as an issue of security in Europe rather than a humanitarian matter.

Speaking at a symposium on migration in Ankara on Friday, Yıldırım said resolving the migration crisis cannot be achieved by one country's efforts, and called for a global initiative to tackle the reasons forcing people to leave their homelands.

"We need to talk about about global terrorism, the vacuum of authority, unjust regimes and oppression when we discuss migration."

The prime minister warned that building walls and tightening border controls to stop refugees would not stop waves of migrants but promote irregular migration.

He said that Turkey will continue to open its doors to refugees and that the government is currently working on new measures to improve the conditions of refugees in the country.

Turkey is a main route for refugees trying to cross into Europe, especially since the beginning of the civil war in Syria, located just south of Turkey. The country is both a transit and final destination for migrants, particularly from Syria, Afghanistan, Pakistan, Iran, Iraq, Congo, Bangladesh, Somalia and the Palestinian territories.

In recent years, hundreds of thousands of people have made the short but perilous journey across the Aegean Sea to reach northern and western Europe.

Many died at sea when a number of boats carrying refugees sank. The Turkish Coast Guard has rescued thousands.

In March 2016, Turkey and the EU signed a deal to discourage irregular migration through the Aegean Sea by taking stricter measures against human traffickers and improving the conditions of some 3 million Syrian refugees in Turkey.

Since then, the number of refugees crossing the Aegean Sea between Turkey and Greece has fallen 85 percent, according to the Turkish Coast Guard. Still, a small number of migrants continue to risk their lives on a daily basis to reach Greece, while EU countries bicker over quotas on the number of migrants each member state supposedly should take to share the burden of hosting refugees.