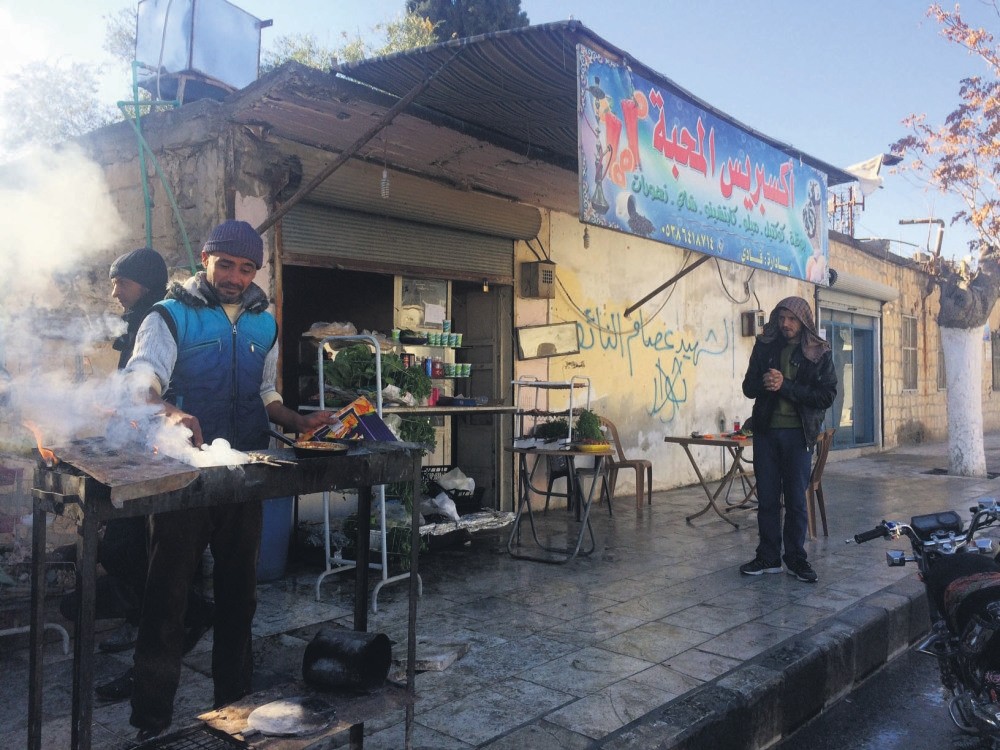 It has been a year since the Turkish military launched Operation Euphrates Shield in Jarablus, a Syrian city on the Turkish-Syrian border, to liberate it from the Daesh terrorist organization. Since then, the city has been trying to rebuild through urban restructuring, infrastructure work, education and humanitarian aid. Today, there is no war in the city, while the sound of construction of the new buildings can be heard everywhere.Walking through the city, there are construction sites everywhere accompanied by newly opened grocery and clothing stores and police forces providing security. The city is protected by local police forces trained by the Turkish military.

One of the police, Vahid, 19, called life in the city "pretty good." "I was a refugee in Turkey for a year. Life was great there. But after the liberation, I came back here and joined the police since this is my hometown," he said.

There is a hopeful atmosphere in the city that comes from the residents' positivity."We are very thankful to the Turkish government. They have changed everything. Before, I could not walk around the city without wearing a veil, for example, or without the presence of a man who is a close relative. These acts were things Daesh would jail people for," said Fedye, 27, who never left the city despite Daesh having killed her husband.

Launched Aug. 24 last year, Euphrates Shield was initially meant to clear the border of the threat of terrorism from Daesh and the People's Protection Units (YPG). Regarding the operation, Ankara had said that it was an act of defense since its cities and towns were under constant attack from both Daesh and the YPG and that is why they should be driven from the border. By successfully achieving its aim, Turkey managed to force the YPG to withdraw east of the Euphrates River, while completely driving Daesh out of northern Syria. 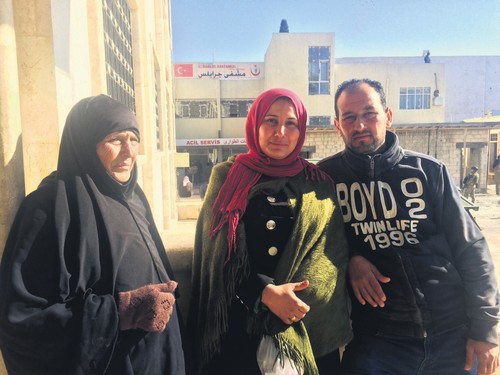 Fedye (27,C), said she is grateful for the Turkish government but that they still lack some necessities , especially the water and the electricity.

In addition to eliminating threats of terrorism, the operation also showed that Turkey was in a true fight against Daesh in contrast to claims that it was not, while also establishing an example of how to fight terrorism. The population of the city rose from 25,000 to 70,000 since Euphrates Shield ended.

Now that Daesh has been driven out, women's participation in everyday life of the city has also increased.

Hawle, 30, a woman who works as the head of the education branch of the municipality, said that there are a lot of women who started to work after the liberation, who are mainly teachers.

Since Euphrates Shield, the number of schools in the city has risen from 19 to 108 with some 26,000 students.

Ahmet Selim Molla Primary School is one of 109 schools in the city that the Turkish government opened a year ago in a building that Daesh used for torture. The girls-only school has 409 students, and although it is called a primary school, it also has classes for secondary school students. Although it is the first year of the school, there are many lessons, including mathematics, English, geography and Arabic. 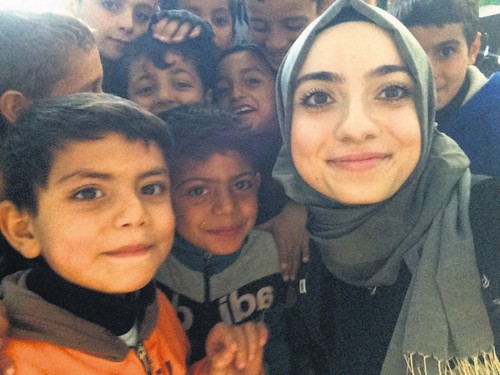 "For three to four years, these students could not go to school due to the war, so there has been a huge gap in their education process" said Muhammed, who is the manager of the school, emphasizing that they do not have any solutions to fulfill this gap yet. He further said that the salaries of schoolteachers are paid by the Turkish government.

On March 29, Prime Minister Binali Yıldırım announced that Operation Euphrates Shield had successfully come to an end. In the operation, Daesh strongholds were defeated and Turkey seized more than 2,000 square kilometers in northern Syria. He added that more than 50,000 refugees were to be relocated back to their hometowns. By Feb. 25, 50,000 refugees had returned to their liberated cities, including Jarablus, al-Bab, al-Rai and Azaz, all in northern Syria.

According to the deputy mayor of the southern city of Gaziantep, Yaşar Aksanyar, who is responsible for the humanitarian aid branch, 12,000 trucks full of humanitarian aid have been provided to the city in the past year, while disadvantaged groups have priority for the aid.

DESPITE ALL THE EFFORTS, THE CITY STILL LACKS MANY NECESSITIES

Yet, despite all the developments in the city, there is still a great amount of work waiting to be completed to go back to normal. For instance, it is not surprising to see a woman in Jarablus with her children on her lap crying and asking for help in the streets. According to Ahmet, 30, a Turkmen resident of the city, although there are many schools, hospitals and orphanages in the city, poverty is still a big issue. "There are hundreds of orphans who are waiting for help. As you go deep in the city, you can see them everywhere," he said, adding that the infrastructure of the city is also far from the desired level of development. 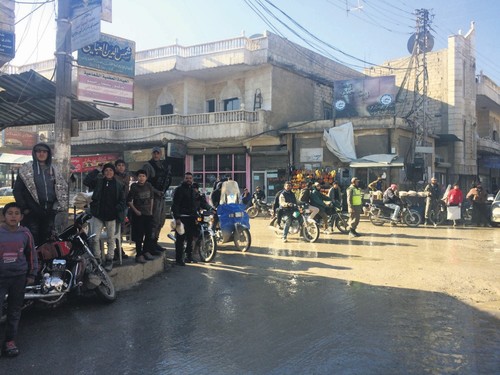 "We do not have water or electricity. The rich use generators and they have wells. So, sometimes they give us some water. But most of the time, we are suffering deeply," he added.

Fedye also mentioned the scarcity of water, saying that although they can get used to living without electricity, living without water can hardly be called a decent life.

Jarablus was more or less a ghost town with only around 2,000 inhabitants under Daesh rule, but after the Turkish-backed operation, its population grew again amid a rebuilding process actively supported by Ankara.

Thousands who took shelter in Turkey amid the war have now returned. Both Turkish government and nongovernmental organizations also pursue efforts to build new housing units to accommodate the returning population. Schools in the town were also rebuilt and restored by the Turkish government. Over the past eight months, Turkey has rebuilt over 400 damaged schools in the Aleppo region where Jarablus is located, enabling 152,000 children to continue going to school.

Syria has remained locked in a vicious civil war since 2011. Since then, hundreds of thousands of people have been killed in the conflict and millions more displaced, according to U.N. figures.