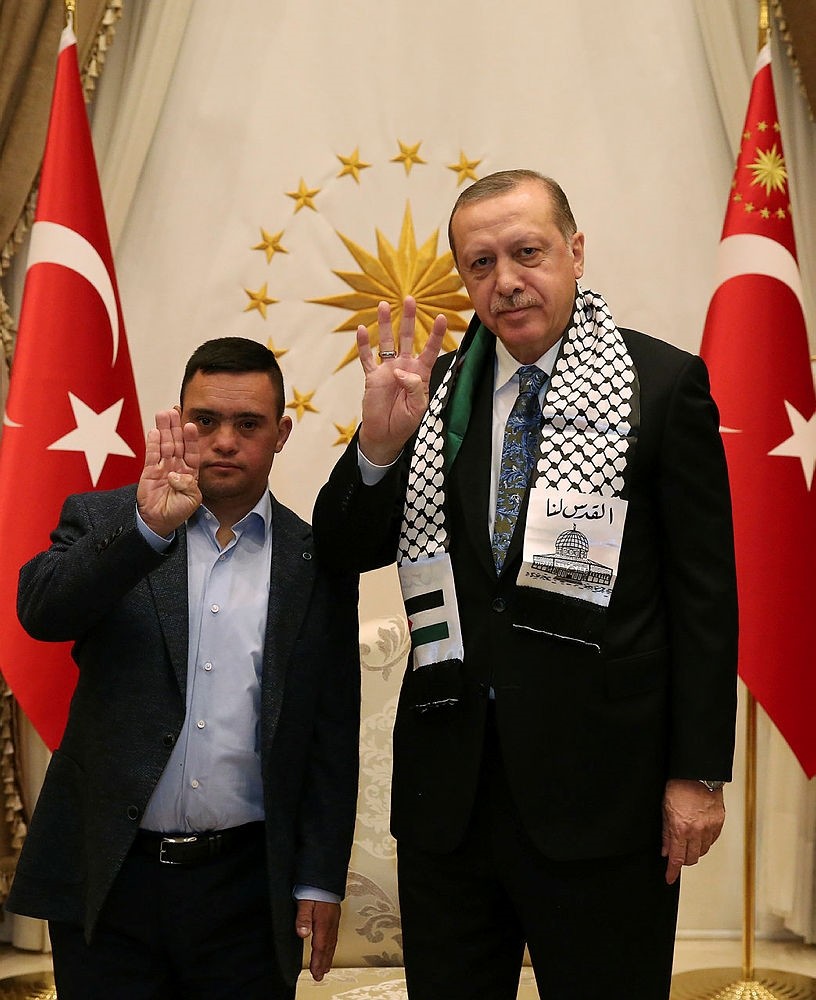 President Recep Tayyip Erdoğan showed the world that Jerusalem was a "red line" for Turkey and Muslims after the United Nations General Assembly adopted a motion Thursday rejecting the U.S. decision to recognize Jerusalem as Israel's capital by a decisive vote of 128 to nine.

Sharing a photo with Mohamed al-Taweel, a 14-year-old Palestinian boy with Down syndrome who was detained by Israeli soldiers in the West Bank, the president wrote on his Twitter: "With my brother from Al-Quds our message to the world is this: Al-Quds (Jerusalem) is our red line."

In the photo, the two are seen doing the now famous "Rabaa" gesture that symbolizes injustice at the United Nations where five powers have the main say in global matters.

Mohamed was arrested by Israeli security forces on Dec. 10 in the West Bank town of Al-Halil during protests against U.S. President Donald Trump's decision to recognize Jerusalem as Israel's capital.

Photographs of his arrest went viral on the internet, sparking global outrage. Mohamed and his family were brought to Turkey on Monday to receive social and psychological treatment with the initiative of the Turkey-based International Down Syndrome Federation (UDF) after the incident.

Erdoğan had previously warned that a possible White House-decision to relocate the U.S. Embassy from Tel Aviv to Jerusalem and recognize the city as the Israeli capital would be a "red line" for all Muslims, and that Turkey could go as far as severing all diplomatic ties with Israel if the U.S. moved ahead with the decision.

Tension has mounted across the Palestinian territories since Trump officially recognized Jerusalem as Israel's capital last Wednesday, drawing condemnations from across the Arab and Muslim world.