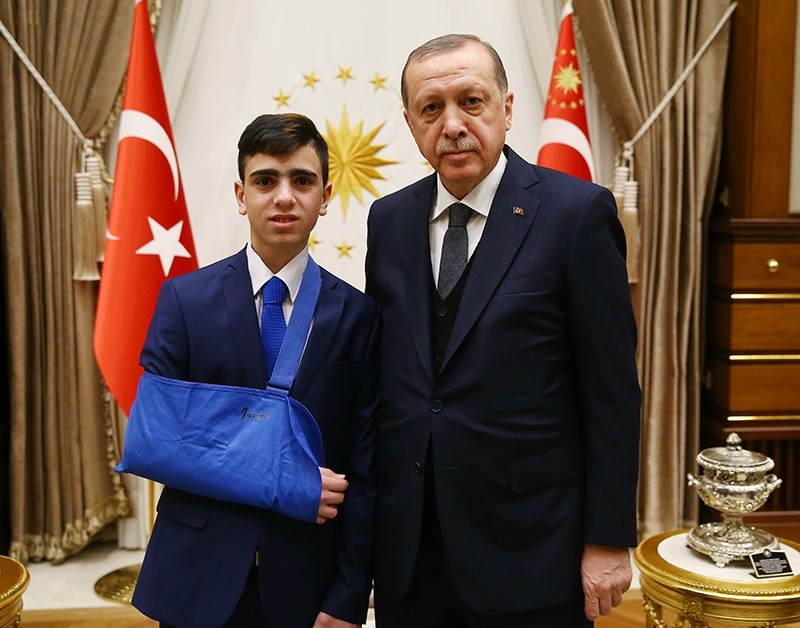 President Recep Tayyip Erdoğan on Wednesday received Fawzi al-Juneidi, a Palestinian teen who became a symbol of Palestinian opposition to the U.S. decision of recognizing Jerusalem as Israel's capital. 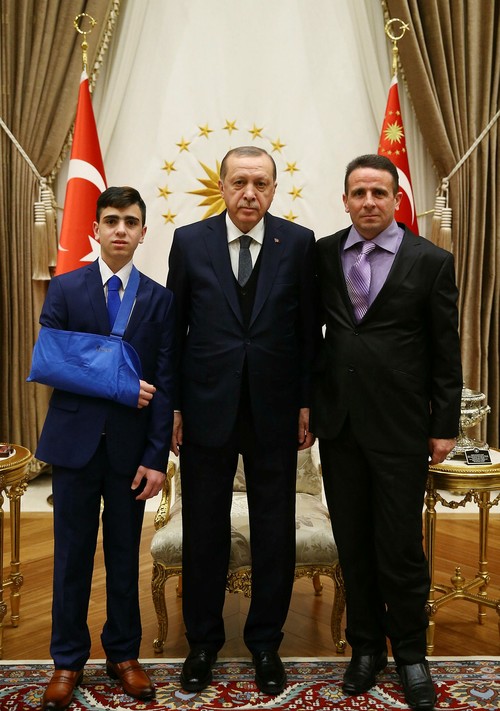 Erdoğan met 16-year-old al-Juneidi, who arrived in Turkey on Tuesday for a three-day visit, at the Presidential Complex in the capital Ankara, according to a tweet by the Turkish Presidency.

Earlier on Wednesday, al-Juneidi visited the film set of popular Turkish TV series Payitaht Abdülhamid which depicts the Ottoman Empire during the reign of Sultan Abdülhamid. 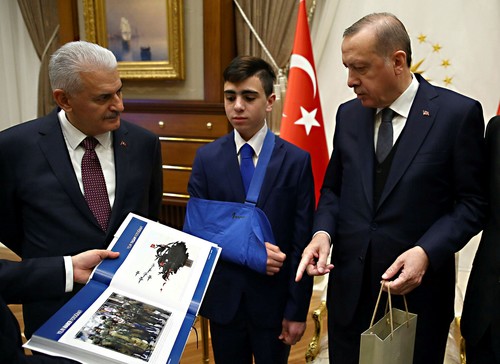 The official Twitter account of the series shared a photo of al-Juneidi with the actors of Payitaht at the film set.

Al-Juneidi was arrested on Dec. 7 in the West Bank city of Hebron (Al-Khalil) after being dragged on the ground and blindfolded by heavily armed Israeli soldiers. 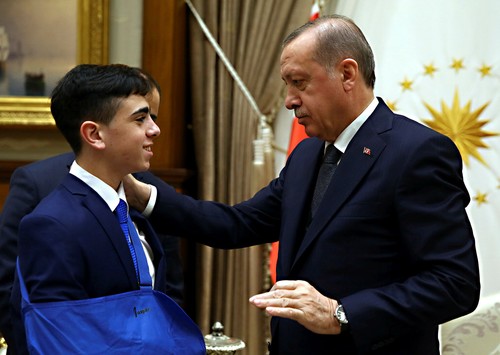 Following three weeks in Israeli detention, he was finally released on bail and returned to his family on Dec. 28.

After al-Juneidi's arrest, a photo of the blindfolded youth became a symbol of fierce Palestinian opposition to the U.S. decision to recognize Jerusalem as Israel's capital -- a move that drew widespread condemnation and protest from across the Arab and Muslim world.