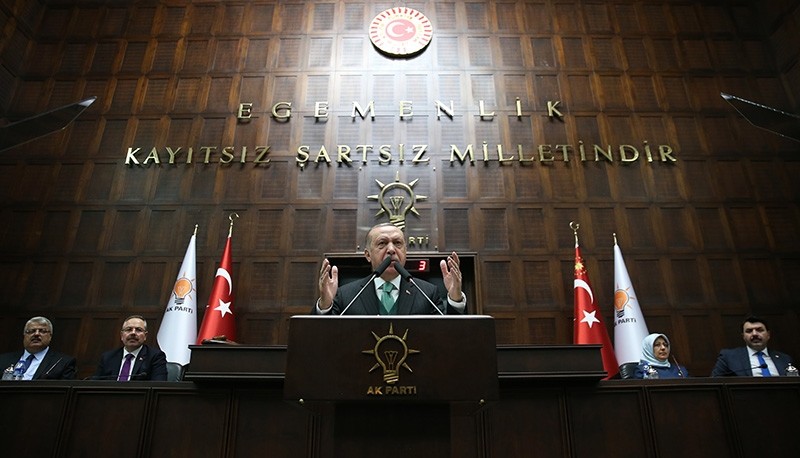 The U.S. should leave the Syrian city of Manbij, as Turkey aims to return it to its true owners, President Recep Tayyip Erdoğan said Tuesday.

Speaking at a parliamentary group meeting of the Justice and Development Party (AK Party) in Ankara, Erdoğan criticized the U.S. for not fulfilling its promises in Syria.

"They [the U.S.] told us that they would leave Manbij, but why are you still there now?" Erdoğan said, adding that the U.S. placed terrorist PKK-linked People's Protection Units (YPG) in Manbij.

The president reiterated once again that Turkey will go there to liberate the city from terrorists and return it to its rightful owners.

He highlighted that Turkey does not have any occupation intentions unlike the U.S., which has been in Afghanistan and Iraq for over 15 years.

"Why does the U.S. continue to send weapons to northern Syria even after Daesh has been cleared? Why are you still here, why do these [weapons] still arrive? You must have calculations against Turkey, Iran or maybe Russia," he added.

He noted that Turkey will take necessary measures regarding the delivery of weapons by the U.S. to YPG terrorists in Syria.