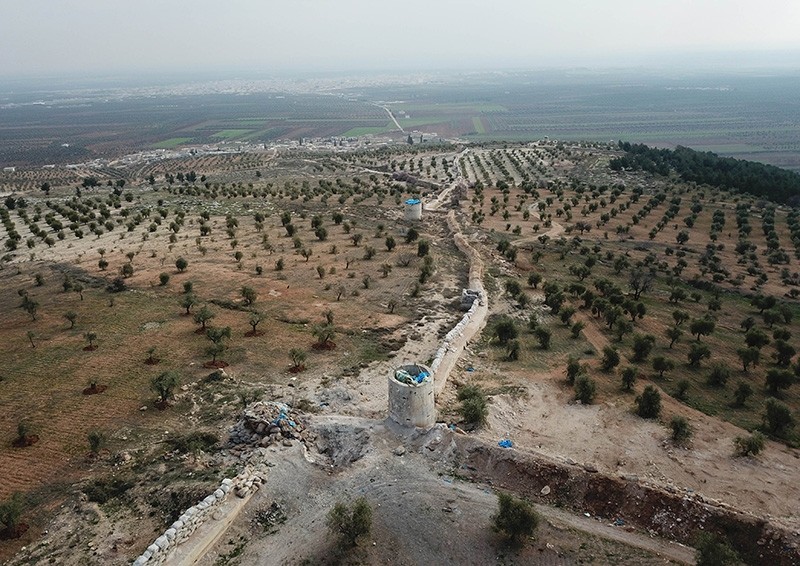 A White House official on Saturday said the U.S. thinks it is "extremely unlikely" Turkey used chemical weapons in Afrin, according to the Associated Press (AP).

Referring to baseless claims that the Turkish military used chemical weapons, the official, who spoke on condition of anonymity, noted that they are aware of those reports however they cannot be confirmed.

The claims came after the Assad regime's state-run news agency SANA and some other outlets quoted the PKK-linked People's Protection Units (YPG) terrorists on the ground in Syria's Afrin.

The agencies, without confirming, reported that six civilians suffered breathing difficulties and other symptoms indicative of poison gas inhalation after an attack launched by Turkey, which was never confirmed.

Videos released by the hospital showed people being fitted with oxygen masks, who did not otherwise show symptoms of poison gas inhalation.

A Turkish diplomatic source has also denied the accusations, saying that Turkey never used chemical weapons and that such reports are made up with the goal of black propaganda.

According to the Turkish General Staff, the operation aims to establish security and stability along Turkey's borders and the region as well as to protect Syrians from terrorist cruelty and oppression.

The military has also said that only terrorist targets are being destroyed and the "utmost care is being taken to avoid harming any civilians."