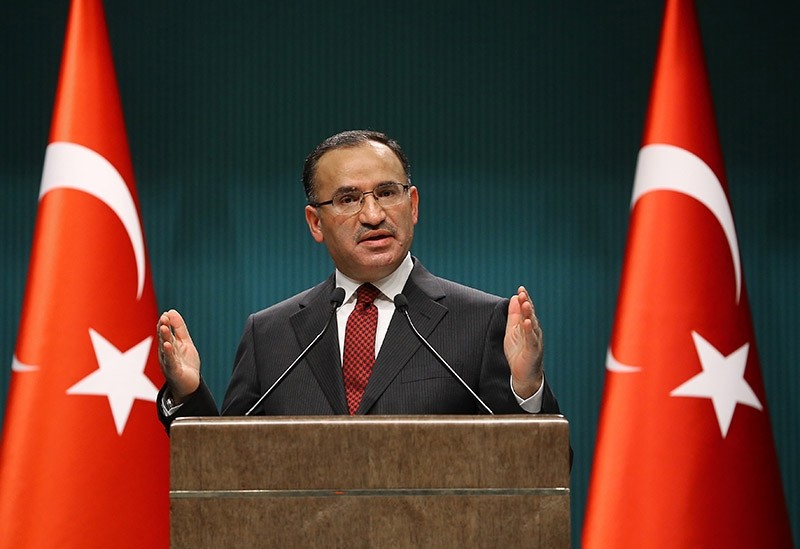 Turkey on Thursday accused the U.S. of a double standard in trying to dictate which terrorist groups can be fought or not.

"Turkey is also focusing on Daesh. We are also fighting it in the region. But we can't accept such an illogical idea that 'terrorist groups which the U.S. isn't focused on can't be countered'," he argued.

Amid Turkey's Operation Olive Branch in Afrin, northwestern Syria, aimed at YPG/PKK and Daesh terrorists across Turkey's border, Ankara has accused Western countries of hypocrisy in saying only Daesh terrorists should be fought in Syria, excluding the terrorist YPG/PKK, which has targeted Turkey.

Turning to the U.N. Security Council resolution for a 30-day humanitarian cease-fire in Syria, Bozdağ said that it will not affect Turkey's Operation Olive Branch as the cease-fire "doesn't apply to it."

He also hit out at a U.S. State Department spokesperson proposing that Turkey "should go and read" the U.N. cease-fire resolution again, suggesting that it would apply to the Afrin operation as well.

"Our interpretation is clear," he said, adding that in fact "it would be useful" for the Americans to read the resolution more carefully.

The Security Council on Saturday passed a resolution for a 30-day cease-fire in Syria "without delay."

It calls for the medical evacuation of 700 people, especially in the besieged Damascus suburb of eastern Ghouta.