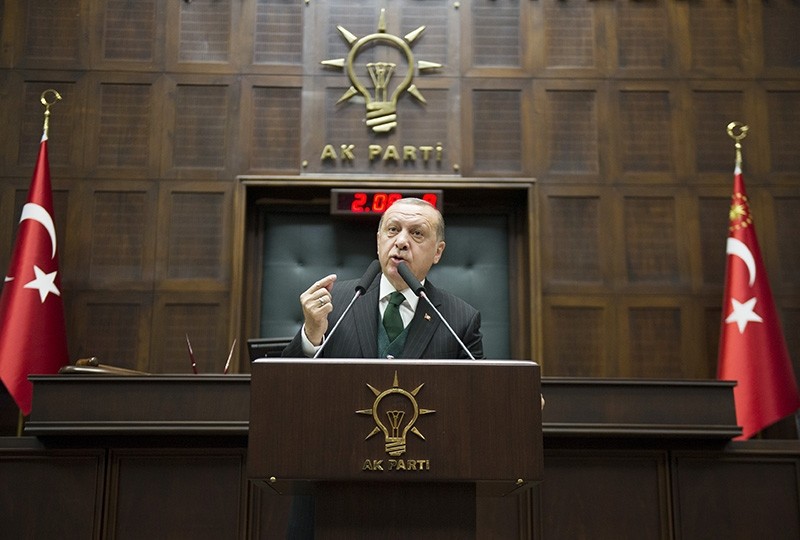 "The recent incidents in eastern Ghouta are hard to swallow, they do not befit humanity," Erdoğan told ruling Justice and Development Party (AK Party) lawmakers in the parliament Tuesday.

"The resolution that never went into effect has no meaning for humanity," Erdoğan said, in reference to a 30-day ceasefire resolution passed by the U.N. Security Council on Feb. 24.

The president accused the UNSC of "deceiving humanity," saying that the global body only passes such resolutions to deceive the world that they are actually taking action against crimes committed against civilians.

Previously, Erdoğan has criticized the Security Council's structure of five permanent members, arguing: "The world is greater than five."

Despite the resolution, around 756 people have been killed in regime attacks in besieged eastern Ghouta in the past two weeks, according to the White Helmets civil defense agency.

Eastern Ghouta, a Damascus suburb home to some 400,000 people, has been under siege for the last five years.

In the past eight months, Assad regime forces have intensified their siege of the enclave, making it nearly impossible for food or medicine to reach thousands of civilians in need.