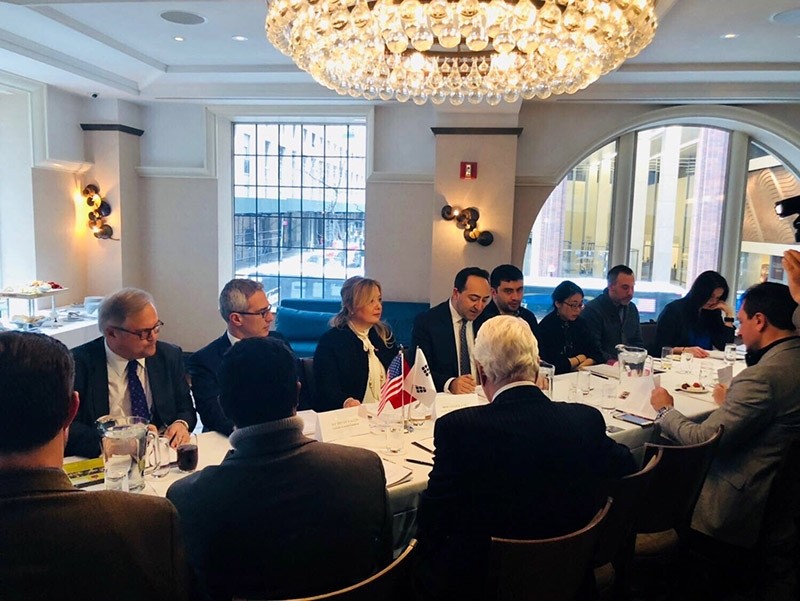 Aybet attended a round-table meeting organized by the Turkish Heritage Organization (THO) on Thursday at the Benjamin Hotel in New York.

The Turkish consul general to New York Ertan Yalçın was also present at the meeting, which was closed to the press.

During the meeting, Aybet gave detailed information about the latest developments regarding the Afrin operation, Turkey's efforts to eliminate the terror corridor in the region and related national security issues.

President Erdoğan's chief adviser also pointed out that international media has allowed the spreading of twisted stories since the launch of Operation Olive Branch, underlining the fact that the counter-terror operation is based on international law.