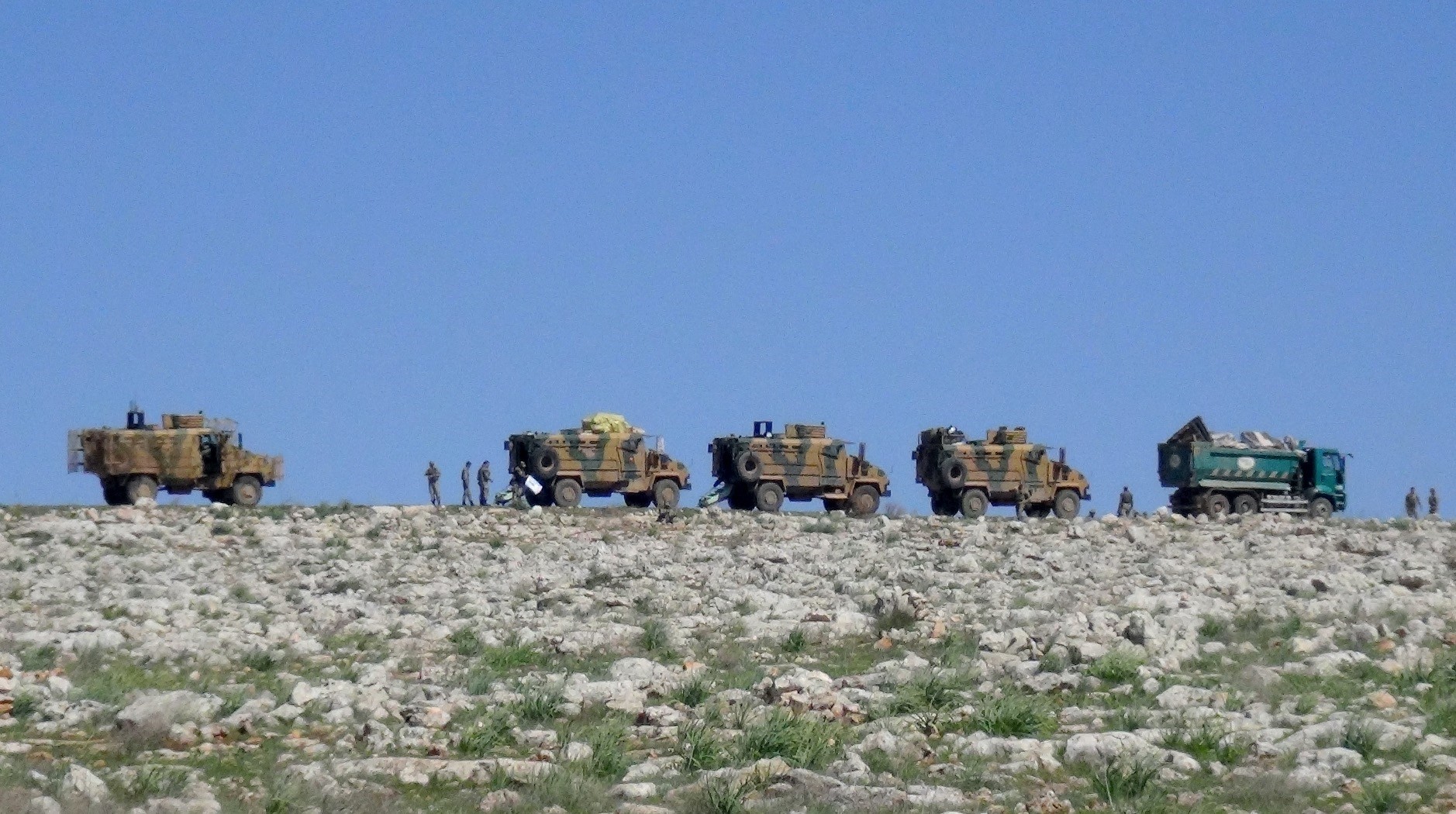 A Turkish military convoy en route to Idlib to establish a monitoring post in the assigned de-escalation zone, March 17.
by Anadolu Agency Mar 19, 2018 12:00 am

A convoy of the Turkish Armed Forces (TSK) entered Syria on Saturday to establish a new observation point in northwestern Aleppo, according to an Anadolu Agency (AA) correspondent on the ground.

The military convoy has safely reached the Anadan district of Aleppo, said the correspondent. Turkish troops have camped at a hill in a village of Anadan as the northern countryside of Aleppo and the area opposite to the deployment point is controlled by Bashar Assad regime forces.

The new observation point is located 35 kilometers (21.74 miles) away from the Turkey-Syria border. The aim of the deployment, in accordance with the Astana agreement, is to establish a sixth cease-fire observation point, according to military sources.

Russian forces are now expected to position themselves outside of the Idlib de-escalation zone, on the frontline separating the regime and opposition forces. On Oct. 12, 2017, the Turkish military started to cross into the region to establish observation points to monitor the cease-fire regime in the Idlib de-escalation zone. Under the Astana agreement, Turkey is set to gradually establish 12 observation points, from Idlib's north to south.

Idlib, located in northwestern Syria on the Turkish border, has faced intense attacks by the Assad regime after a vicious civil war broke out in 2011. Since March 2015, Idlib has been overrun by military opposition groups and anti-regime armed organizations.