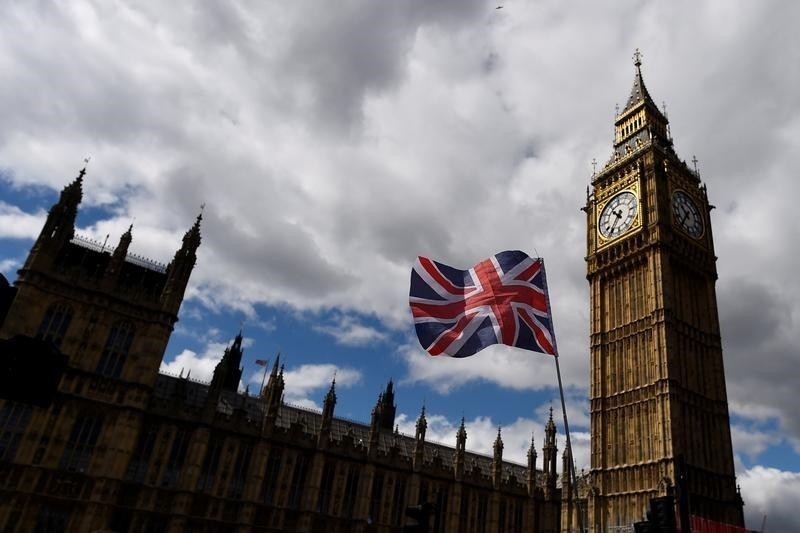 There is a high possibility that the Gülenist Terror Group (FETÖ) may try to sabotage Turkey-U.K. relations if necessary precautions are not taken, a comprehensive report prepared by the Foundation for Political, Economic and Social Research (SETA) said Friday.

Offering extensive insight into how FETÖ operates in the U.K., the report entitled "FETÖ's structure in the United Kingdom" suggested that it is crucial for the U.K. to take a number of precautions to avoid a crisis in Turkey-U.K. bilateral relations, especially after the July 15, 2016, failed coup attempt.

According to the report, some of such precautions that the U.K. government should take include limiting the group's activities in the country, putting a distance between British politicians and FETÖ members, and abandoning the media's pro-FETÖ attitude, in order to make sure that the relations between the two countries, which have further developed following Brexit, are preserved.

The report noted that the terrorist group has an extensive and multidimensional structure in the U.K., which have significantly progressed after FETÖ leader Fetullah Gülen's first visit to London in 1993.

Although the group initially focused on areas with Turkish communities, they later extended their scope of power and influence to other parts of the country and have established a number of non-governmental organizations, associations, mosques and cultural centers to attract more members, the report said.

The senior figures behind the group's structure in the U.K. have changed following the deadly coup attempt, and fugitive businessmen like Akın Ipek take on significant roles to fund FETÖ.

According to the report, FETÖ has a significant amount of income in the U.K., as fugitive Akın Ipek's company Koza Limited possesses over 60 million pounds ($84.8 million) alone, and the total wealth of FETÖ structure in the country is around 100 million pounds ($141.340 million). Some of this wealth is reportedly obtained from FETÖ's private educational institutions and student dorms, while a significant portion comes from donations made to affiliated charities.

The report also highlights that the British society has not been aware of FETÖ's activities in the country before the July 15 failed coup attempt, and the fact that they have portrayed themselves and their organizations as NGOs have allowed them to receive support from senior bureaucrats, politicians and party representatives.

Previously, a report released by the U.K. Parliament's Foreign Affairs Committee on U.K.-Turkey relations acknowledged that members of FETÖ were involved in the July 15 coup attempt in Turkey.

British Foreign Secretary Boris Johnson was also the first western official to visit the Grand National Assembly of Turkey, which was bombarded by fighter jets on the night of July 15 coup attempt led by FETÖ, and had said that Britain will take action against Gülenists in the country.

FETÖ, led by U.S.-based Fetullah Gülen, sought to topple the Turkish government and seize power on July 15, 2016. The coup attempt was prevented by loyal military troops, as well as police units and millions of Turkish citizens. Some 251 people, mainly civilians, were killed by putschist soldiers, while more than 2,200 people were injured.