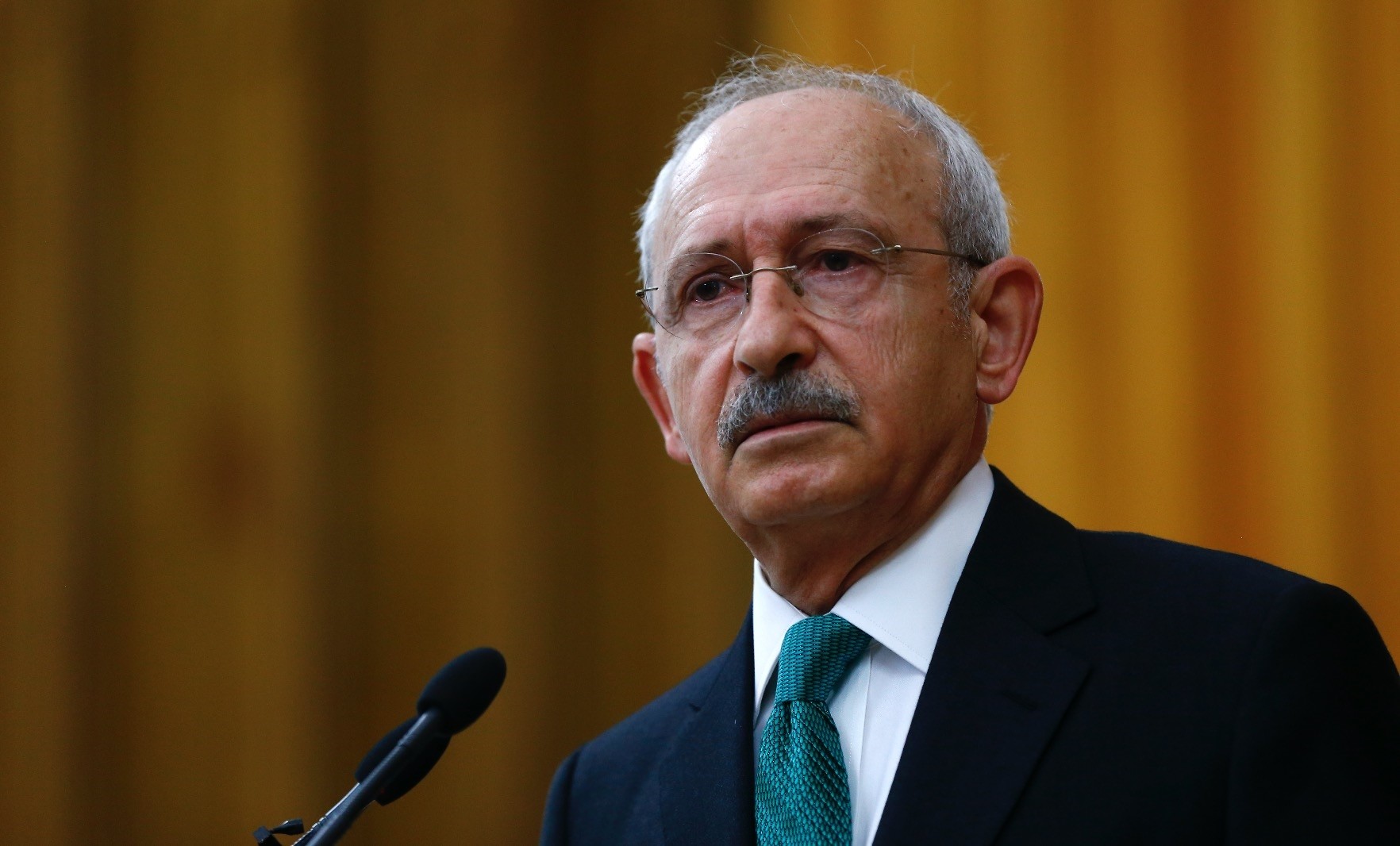 Last week, President Recep Tayyip Erdoğan accompanied by a number of celebrities and journalists paid a visit to the border city of Hatay to boost the morale of troops taking part in Operation Olive Branch in Syria's Afrin.

Although the soldiers, tired from continuous battle since Jan.20, were positive and welcoming about the visit, it caused an outrage among the opposition parties, mainly the Republican People's Party (CHP).

However, the reason behind the main opposition's negative reaction is still a matter of question as it could choose to not go against cheering up the soldiers who fight for the country. One thing that comes to mind presently is that the opposition lacks issues to discuss and oppose, putting particular focus and energy on such matters.

According to Hakkı Öcal, a journalist and academic at İbni Haldun University, the situation is rather comical.

A group of celebrities, artists, athletes and journalists paid a visit to Hatay province and the Oğulpınar border post on the Turkish-Syrian border last week in support of Operation Olive Branch. Prominent artists and celebrities, including Ajda Pekkan, Yavuz Bingöl, Seda Sayan, Serkan Çağrı, İbrahim Tatlıses, Deniz Seki, Emel Müftüoğlu and Mustafa Sandal, were part of the troop. A number of famous footballers from prominent Turkish clubs like Galatasaray and Beşiktaş also traveled with the group. The group was cheered and welcomed by a large crowd in Antakya and Hatay before it drove to the Oğulpınar border post in the Reyhanlı district on the Turkey-Syria border.

Following the visit, among the positive feedback from both artists and soldiers, there was a voice that was quite loud and negative - that of CHP leader Kemal Kılıçdaroğlu.

In a recent speech, he offered a series of definitions on how an artist should be like. "A country's artists have to be honorable. A country's artists cannot give up to a superior power. They defend rights, laws, justice. Artists protect the rights of the oppressed ones," said Kılıçdaroğlu, while adding that artists of a country cannot discriminate against anyone because of their belief or identity.

"An artist would defend peace, not war. A country's artists respect the values and beliefs of the country," he continued. Although all of these sentences make sense in normal circumstances, when it comes to this particular case, these words actually imply that the artists who accompanied President Erdoğan to the Syrian border are the exact opposite of all of these definitions, calling them "dishonorable".

"Understanding the words of the main opposition leader is actually impossible. Unavoidably, one questions his intentions behind making such statements and in my opinion, his intentions were bad," Öcal said.

"After World War II, there have been many theories to explain the wars. One of them was the theory of just wars. When you apply this theory to Afrin and Syria, you see that Turkey actually has many reasons to justify its military intervention in the region," added Öcal, while reminding that Turkey has not even declared a war, it only intervened militarily.

Although the just war theory originates from a Catholic viewpoint, it can actually be applied to any ideology or belief since it defends that although the war is absolutely a bad thing, it is one's right to defend his country from the enemy and there might be conditions that may require going to war.

Kılıçdaroğlu insulted the artists who tried to cheer up the troops, and in extension insulted the troops themselves. But it can also be seen as an attempt to diminish the quality of the country's politics by focusing on an issue that is a well-known military tactic, being used by many countries for years.

One of the better-known examples is Marilyn Monroe visiting battlefronts to cheer up soldiers during World War II. Since the opposition of the country chooses to pursue their criticism on such issues, many other subjects that can be developed through constructive criticism are overlooked, which is an obstacle for the country's democracy to move forward.

President Erdoğan criticized Kılıçdaroğlu for his comments, saying that the visit made him go crazy. "When have you come together with our Mehmetçik[a verb that is used for Turkish sldiers],?" said Erdoğan while asking him where he found the courage to insult the artists.

"Of course, you have come together with the terrorists. You would understand their language," president further added.

Speaking on the issue yesterday once more, President Erdoğan said that the visit to Hatay must have disturbed some since they have started to insult the artists that accompanied them to the border. "Yet, both us and our artists gave them the necessary answers," the president said.

"How an artist of this country can talk badly about another artist that went for support to the country's soldiers," he asked referring to some artists that supported Kılıçdaroğlu's remarks.

"Now, I've heard that he [Kılıçdaroğlu] will also pay a visit to Hatay. Ooh, what happened now," Erdoğan asked while mocking him by saying "If you need military boots, let me send you boots. If you need rewards or anything, we can send you that as well."

"To criticize this move means that you are against the cheering up of these soldiers and their families. He [Kılıçdaroğlu] says not to provide morale to the soldiers, since it makes your operation seem like a good thing," Öcal stated, implying that what Kılıçdaroğlu criticizes is actually the operation itself, not the visit of artists.

"However, I have to hand it to them that they are consistent in terms of their stance over the operation. From the beginning, they want a terror corridor to be built in the Turkish border and want to bring conflict into the country," he further added.

"The main aim of this visit to boost of the morale of Turkish military that has been fighting against terrorist organizations heroically," Hamza Yerlikaya, a champion Olympic former wrestler and chief advisor to President Recep Tayyip Erdoğan said. "We're here on the Syrian border to boost the morale of our soldiers," famous folk singer Bingöl said. "We not only aim to boost the morale of our soldiers, we are also here to thank them," Hülya Koçyiğit, a prominent actress said. "We are here to demonstrate our support for the soldiers who risk their lives for us," famous singer Mustafa Sandal said while in military uniform.

President Erdoğan and Chief of General Staff Gen. Hulusi Akar joined the group at the border post. Expressing his happiness over the attendance of distinguished celebrities and athletes, President Erdoğan said that the Turkish Armed Forces (TSK) made history with Operation Olive Branch. Erdoğan said that all the artists, celebrities and athletes who went to the border over the weekend showed that they are aware of their responsibility. Later on, singer İbrahim Tatlıses, a prominent singer of Arabesque genre music, known also in the Middle East region, President Erdoğan and the accompanying group sang the folk song "Yaylalar," which is associated with military service in Turkey.