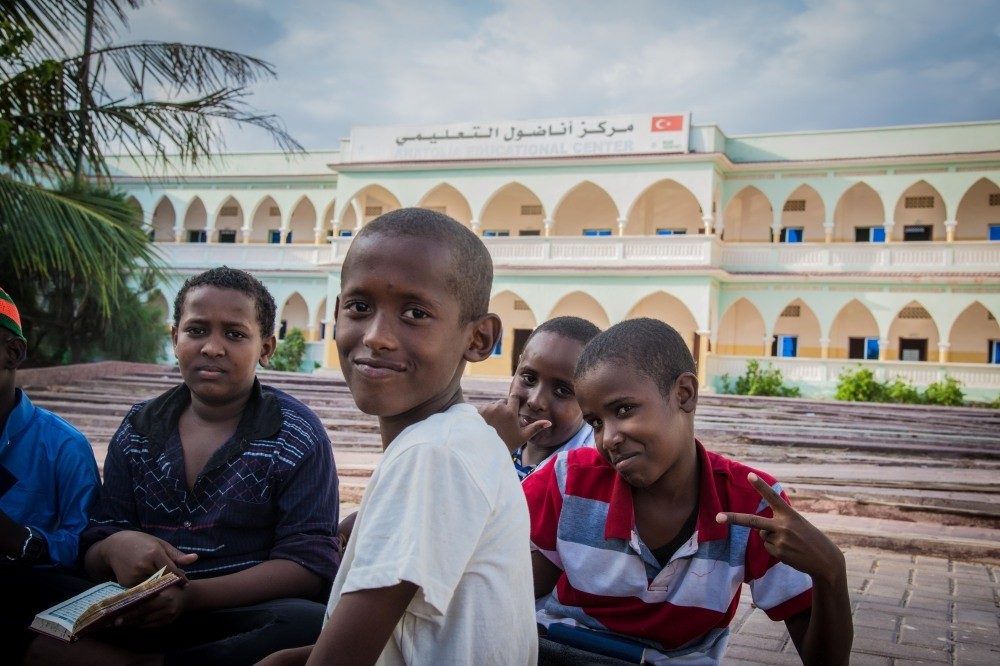 As a part of Orphan Solidarity Days, a Turkish humanitarian agency went to Somalia, which suffers from famine and drought, to respond to the needs of the hundreds of orphans of the country

Support for Somalia from the Turkish government and nongovernmental organizations continue without a respite. The latest humanitarian project was recently launched by aid agency the Humanitarian Relief Foundation (IHH). It rushed to the need of hundreds of children, who had lost their fathers, earlier this week as it distributed dairy goats, food, school materials and toys as well as sewing machines as part of the annual Orphan Solidarity Days, as Somalia continues to reel under a famine threat and drought. Held in the capital city of Mogadishu, the program was kicked off with the distribution of five dairy goats each to 12 orphan families. Aimed at helping orphan families generate income, the dairy goats will be monitored by the humanitarian aid agency throughout the year.

Later on, 120 goats were sacrificed, which were distributed to the families of children. Food aid given to each family, in which children had lost their fathers, is estimated to be reaching out to at least five people. In this respect, at least 600 people received meat as part of the Orphan Solidarity Days. Furthermore, the mothers of some 50 children were given sewing machines to help them raise their income by working on their own, namely without needing anybody else. 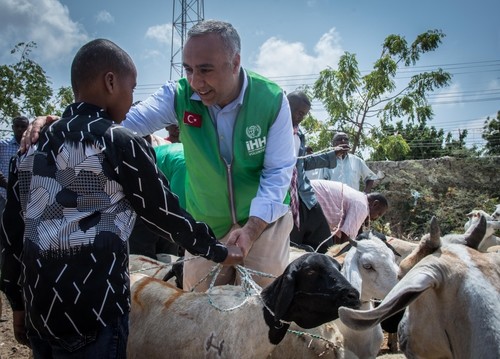 In Somalia, the IHH conducts activities to boost the morale of children and help them feel the brotherly ties between Muslims.

On the third day of the program on Wednesday, hundreds of children gathered at a park in central Mogadishu. They were given school materials, toys and T-shirts. In fact, the humanitarian aid delivered to the children was funded by a secondary school and a high school in Istanbul, Turkey.

Turkish students donated as much as they pleased to become "orphan friends." Deputy principals of Akyiğit Secondary School and Beşiktaş Anatolian High School also brought letters written by the Turkish students to their friends in Somalia.

Faruk Erkılıç, an IHH official from the Eastern Africa department, said activities that would boost the morale of the orphans and help them feel the brotherly ties between Muslims were carried out. "We ate together, we exchanged presents and prayed for each other. What more of a goodness could there be for a human being?" he said. 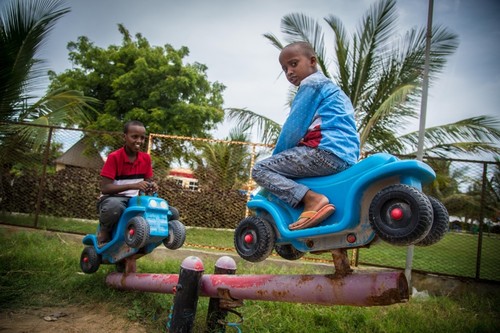 The IHH says on its official website that the Ministry of Education, Union of Educators and Department of Religious Affairs have endorsed the "Every Class Has an Orphan Friend!" campaign. The agency says 8,834 schools have participated to sponsor 23,939 orphans, or children who have lost one of their parents, so far.

Erkılıç said his organization has been active in Somalia for the past 15 years. Erkılıç stressed that the agency prioritizes making sure that the people of Somalia get the best out of the aid in the long term.

The agency indeed has been striving to bear some responsibility for orphans and those in need around the world. "We are covering living expenses of 90,274 orphans in 56 countries and in 75 cities across Turkey on a monthly regular basis and support them in terms of education, health care, food and accommodation. Annually we deliver aid to 800,000 orphans in 135 countries," the humanitarian aid agency said as of April 2018. 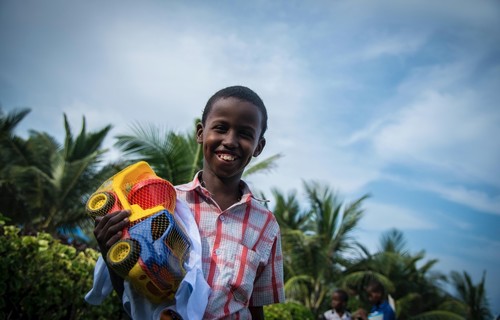 The program facilitates a number of strategies to fund the orphan program. For example, a person can fund the expenses of an orphan by donating TL 100 ($24) a month or an SMS would contribute TL 5 to the cause, which would be transferred to a common pool. Placing great value on looking after the orphans around the world, both who have lost single or both parents, whose number is over 400 million per the IHH, the humanitarian aid agency says it has realized 636 projects for hundreds of thousands of orphans across the globe alone in 2016.

Underscoring that reaching out to orphans changes their lives, Erkılıç said: "Actually this is what matters for us rather than numbers. It is that the life of an orphan changes in a positive way." 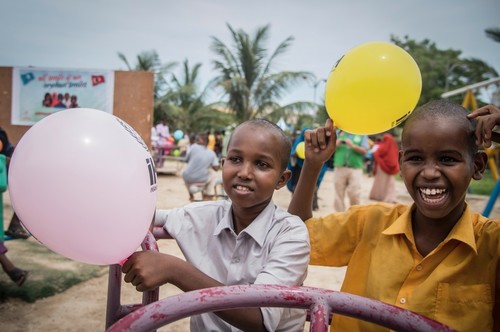 Somalia is one of the most affected countries by famine and drought. The 2017 famine in the country, which was expected to surpass that of 2011, led to the starvation of thousands of people. Somalia was one of four regions singled out by the U.N. earlier in 2017 in a $4.4 billion aid appeal to avert catastrophic hunger and famine, along with Nigeria, South Sudan and Yemen.

Turkey, on the other hand, stands out as the most sensitive country to the crisis in Somalia. The Turkish government has been working around the clock since 2011 to quench the needs of the people of Somalia and provide them with tangible projects as well as programs.