Large underground base of YPG terrorists discovered in Syria's Afrin 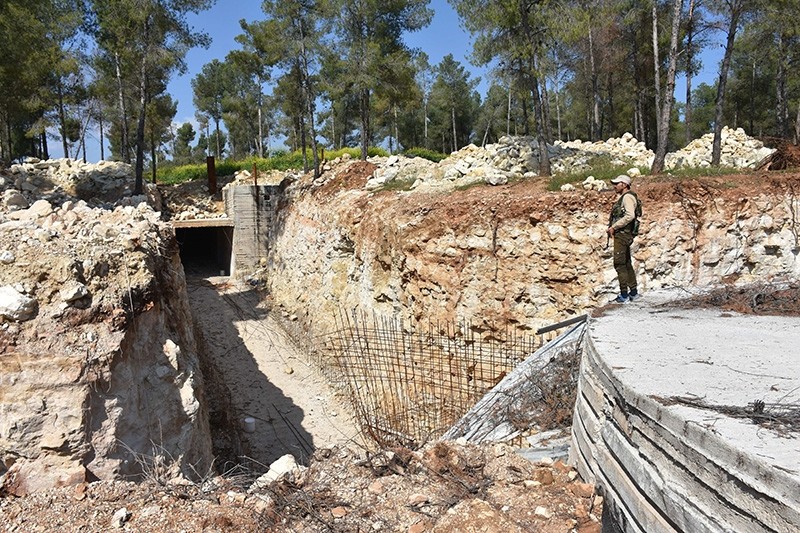 A huge underground base of terrorists has been found in Syria's Afrin region, which was recently liberated from PKK-linked People's Protection Units (YPG) terrorists during the Turkey-led Operation Olive Branch.

The base could host around 1,000 people and was discovered when the Turkish military and Free Syrian Army (FSA) were clearing the area.

The base had been built using special heavy equipment; it could barely be detected by drones due to the cover of trees.

The quarters have around 100-120-meter long corridors. At the end of the corridors, there are dozens of conference halls, rooms, bathrooms, toilets and emergency exits.

Turkey launched Operation Olive Branch on Jan. 20 to clear YPG/PKK and Daesh terrorist groups from Afrin in northwestern Syria amid growing threats from the region.

On March 18, Turkish-backed troops liberated Afrin town center, which had been a major hideout for the YPG/PKK since 2012.
​
According to the Turkish General Staff, the operation aims to establish security and stability along Turkey's borders and the region as well as to protect Syrians from the oppression and cruelty of terrorists.