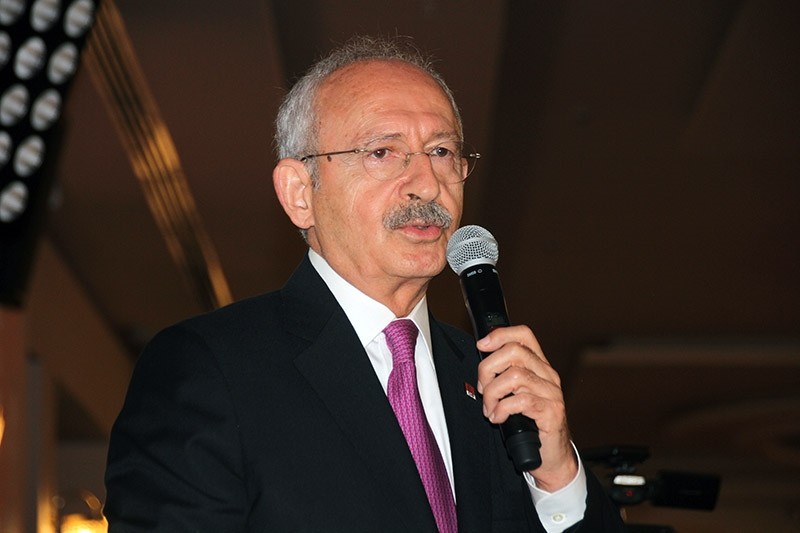 The chairman of Turkey's main opposition Republican People's Party (CHP) Kemal Kılıçdaroğlu said Saturday that he does not approve the U.S.-led airstrike on Assad regime targets in Syria.

Addressing businessmen in the southeastern province of Hatay, Kılıçdaroğlu claimed that the U.S. and Russia are displaying a show of power struggle in Syria over oil and gas, and said they should keep their hands off from the region.

The opposition chairman said he would not have an objection if a United Nations (UN) committee had carried out an investigation finding solid evidence of chemical weapons being produced and used by the regime.

Several other opposition parties also spoke out against the missile strikes.

The conservative Saadet Party (Felicity Party) also said the attacks on Syria against the use of chemical attacks have similar motivations as the U.S. invasion of Iraq in 2003.

"Since 2003, not even one chemical weapon has been found in Iraq. We are afraid the same game is being played in Syria," Saadet Party Deputy Chairman Mehmet Karaman said.

The newly established national İYİ Party (Good Party) also released a statement saying the attack against Assad was justifiable only if it can be proved that chemical weapons were used.

The neo-nationalist Vatan Party (Patriotic Party), known for its strong support of Assad, also voiced strong opposition to the attacks.

Vatan Party's Deputy Chairman Mehmet Bedri Gültekin said "lies" on use of chemical weapons have been previously used. He added that the missiles sent into Syria are also targeting Turkey.

The strikes came after the Assad regime was accused of carrying out a chemical attack in Syria's Douma, which killed 78 civilians and injured hundreds of others.