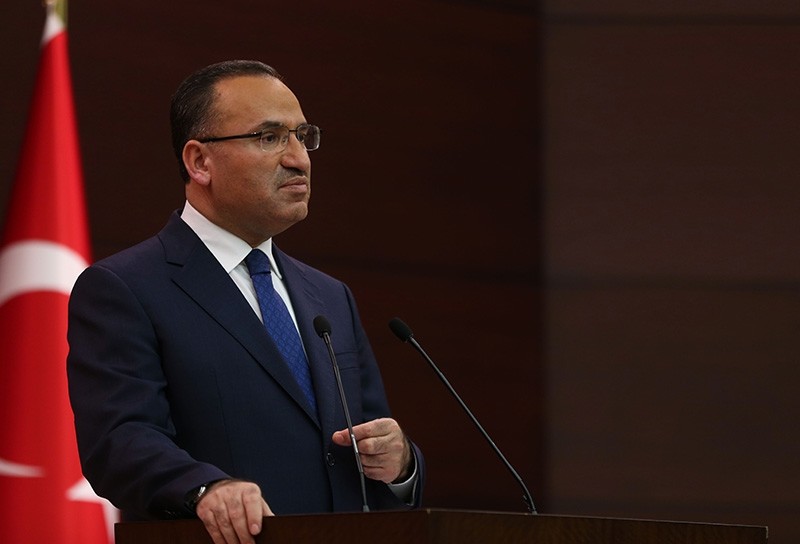 Turkey does not stand with any country in Syria, and its stance is different from that of Iran, Russia and the U.S., Deputy Prime Minister Bekir Bozdağ said Monday in response to French President Emanuel Macron's comments.

Bozdağ's comments came in response to Macron, who recently claimed that Turkey's support for U.S.-led strikes against targeting suspected chemical weapons sites in Syria showed that the country "separated" from Russia.

"With those strikes we have separated the Russians and the Turks on this. The Turks condemned the chemical weapons," Macron said Sunday.

"Our Syria policy is not about siding with or opposing any country," Bozdağ said, adding that Turkey aims to cooperate with any country who is in favor of defending the "correct principles" in Syria.

Turkey has supported the airstrikes in Syria, and almost all messages urged for a political solution, reshaping Syria's future without the regime involvement and international determination against the use of violence against civilians rather than conducting a single and limited action.

The U.S., the U.K. and France hit Syria with air strikes early on Saturday in response to a suspected poison gas attack that killed more than 70 civilians last week, in the biggest intervention by Western powers against Syrian regime leader Bashar al-Assad.