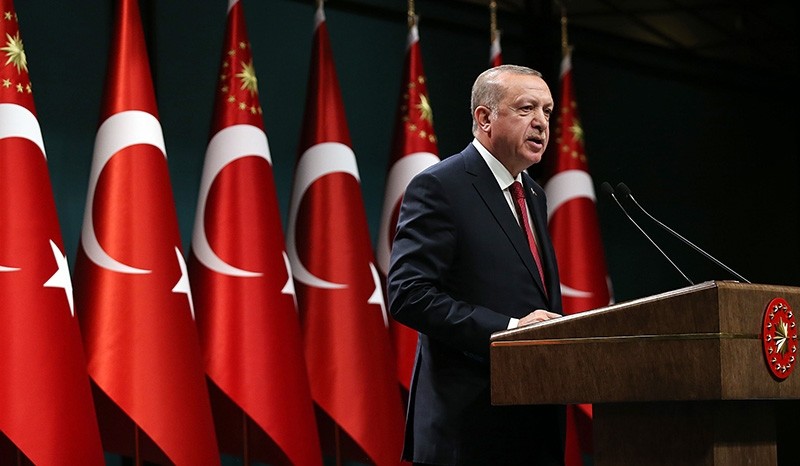 President Recep Tayyip Erdoğan said that Turkey is facing a number of threats, and one of these is posed by its own strategic partners, as he highlighted that the U.S. does not sell some weapons to Turkey but it distributes them for free to PKK-linked People's Protection Units (YPG) terrorists in Syria.

"The U.S. sent 5,000 trucks loaded with weapons to northern Syria," Erdoğan told a live interview on NTV Saturday, adding that this poses a direct threat to Turkey's security.

In December 2017, the Trump administration approved $393 million of military aid to its partners in Syria, which include the terrorist PKK's Syrian offshoot YPG, despite Ankara's concerns over the issue.

Erdoğan also criticized the U.S. for failing to comply with the terms of an extradition treaty with regards to the extradition of Gülenist Terror Group (FETÖ) leader Fetullah Gülen, before it asks for the return of an imprisoned American pastor from Turkey.

"The U.S. should look at the steps it has taken and comply with the extradition treaty if it wants American pastor Brunson," Erdoğan said, adding that the U.S. asking Turkey to release him is unlawful.