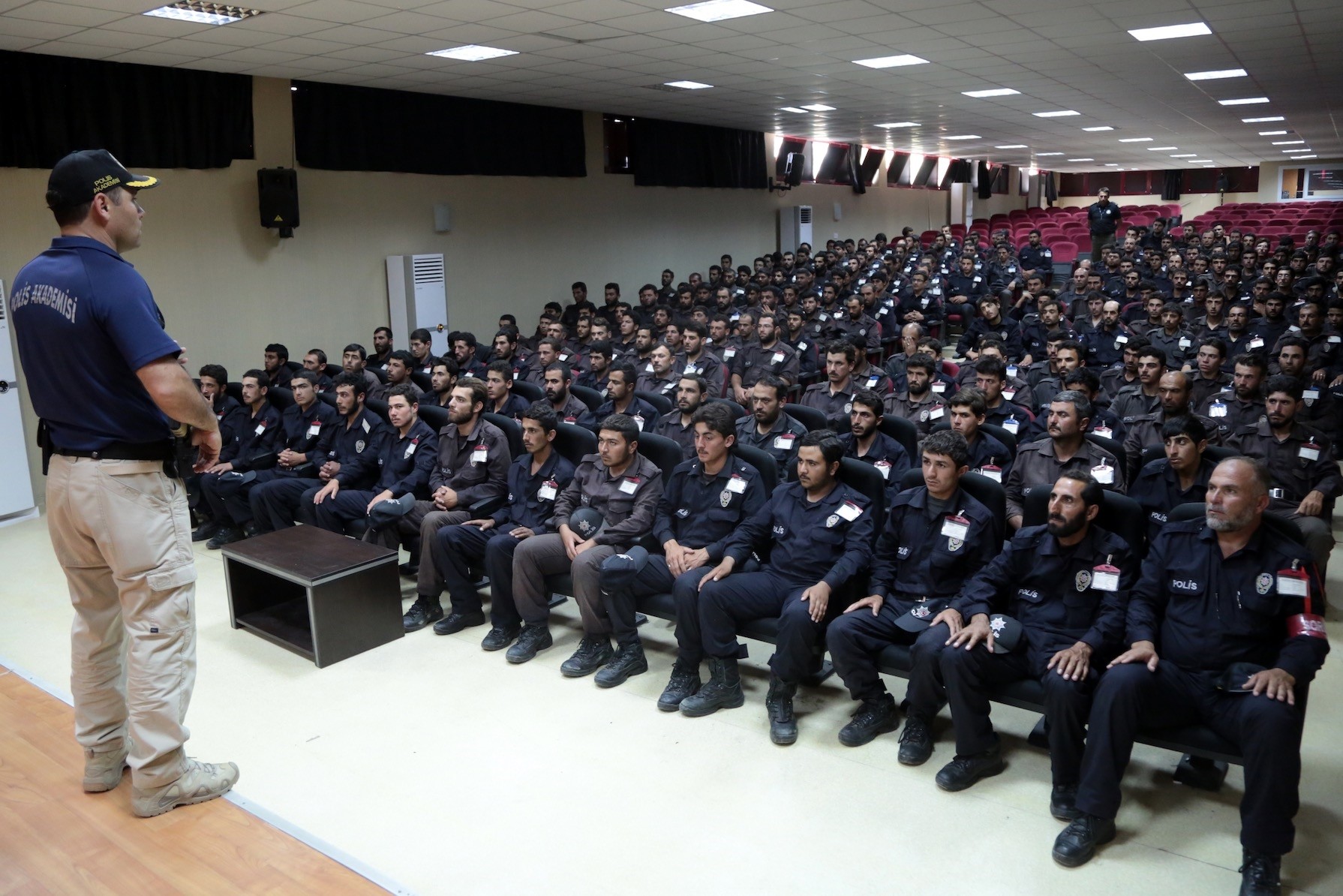 More than 600 Syrians are ready to become local police officers in Afrin after completing training in Turkey in an effort to return daily life to normal in the recently liberated city.

As security in the region is being provided, the local people of Afrin, who fled the city due to the conflict, have started to return to their homes. To establish stable order in the city, Turkey has trained Syrians to become local police forces in Afrin: 620 Syrian police received training with the contribution of the Police Academy Presidency and the participation of special operations forces on intervention in social incidents, police regulations, general discipline, residential district, operation education, destroying improvised explosives and crime scene investigation.

Syrian police who have been receiving training for almost a month and consisting of people aged 18 to 45, will be responsible for providing security in the city. The trained police forces thanked the Turkish Police Department for its support.

Due to growing threats in the region, Turkey launched Operation Olive Branch on Jan. 20 to clear the PKK's Syrian affiliate People's Protection Units (YPG) and Daesh terrorist groups from Afrin. The operation is being carried out under the framework of Turkey's rights based on international law, UN Security Council resolutions, its self-defense rights under the UN charter and respect for Syria's territorial integrity, according to the Turkish military.

Although it was announced on March 18 that Afrin was cleared of YPG terrorists, the operation continues as the armed forces continue to clear mines and other explosives planted by the terrorist organization before they fled villages in rural parts of the region as well as the town center.

This training program is similar to one conducted after Operation Euphrates Shield against terrorist elements in northern Syria. During the training program following Operation Euphrates Shield, more than 5,000 Syrians participated in five different police academies. Syrians, who participated in December 2017, started their duties as "Special Forces" in the Syrian towns of al-Babi Azaz, Jarablus and Al-Rai.

Launched in August 2016 and lasting until March 2017, Operation Euphrates Shield cleared the Syrian towns of Jarablus, al-Bab, al-Rai and Dabiq of Daesh, enabling locals who had sought refuge in Turkey to safely return home. Following liberation of the region, Turkey has done its best to rebuild towns previously held by Daesh, and since then life has returned to normal in the region, which is what is expected for Afrin as well.

Recently, a local council of 30 members was established in the Afrin Liberation Congress with the participation of over 100 people. The congress decided to meet regularly and will be monitored by nongovernmental organizations. It also decided to request the disarmament of the public and to form a security force that is not aligned with any party. The most important criterion that will help secure the future of Afrin is that anyone who has had affiliation with the YPG or PKK will not be allowed to take part in the administration of the province.