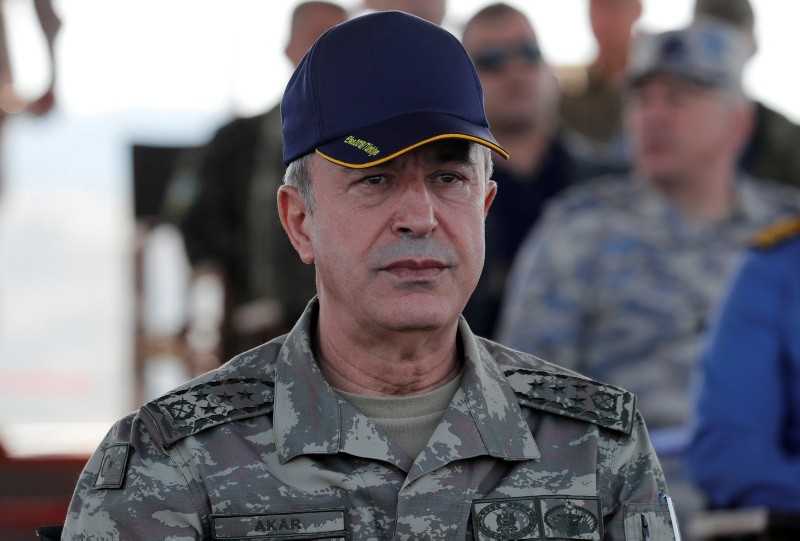 Chief of General Staff Hulusi Akar said Thursday that clearing the Turkish army of Gülenist Terror Group (FETÖ) members had made it stronger.

"The Turkish Armed Forces have become much more powerful after being cleared of FETÖ members," Akar said speaking at the EFES 2018 Combined Joint Military Exercise in western Izmir.

Akar added that the success of the military exercise proves this point.

He also said Turkey would continue to be a guarantor of peace and security in the island of Cyprus, namely through its military, in line with international agreements.

The exercise in Seferihisar district is being held from May 7 till 11.

"People of Afrin who had to flee their houses because of terror groups' cruelty and persecution for years, are returning to their homes as the area is being cleared of landmines and improvised explosives," Akar said.

Turkey launched Operation Olive Branch on Jan. 20 this year to clear YPG/PKK and Daesh terrorists from northwestern Syria's Afrin amid growing threats from the region.

On March 18, Turkish-backed troops liberated Afrin's town center, which had been a major hideout for YPG/PKK terrorists since 2012.
Last Update: May 10, 2018 3:39 pm
RELATED TOPICS