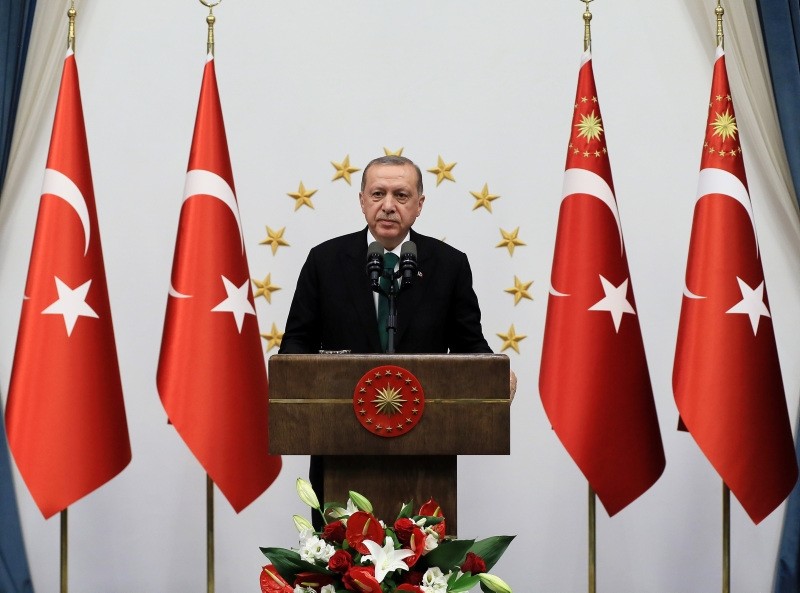 President Recep Tayyip Erdoğan said on Wednesday that the United Nations had "collapsed" in the face of events in Gaza where Israeli forces killed 60 Palestinian protesters on Monday as the United States relocated its Israel embassy to Jerusalem.

Speaking at an iftar dinner on the first day of the Muslim holy month of Ramadan, Erdoğan said Ankara was pressing members of the U.N. Security Council to be more active and said the Turkish chief of staff and foreign ministry were working to evacuate the injured from Gaza.

"In the face of all these events, the United Nations has ended. (It has) become exhausted and collapsed," Erdoğan said. "If Israel's bullying is met with more silence, the world will rapidly be dragged into a chaos where thuggery prevails."

"At this moment, I cannot reach the U.N. secretary general despite having a good friendship [with him]," he added.

Turkey will not allow Israel to steal Jerusalem from Palestinians, Erdoğan underlined, saying that he will continue his phone diplomacy efforts.

"We will support the struggle of our brothers until the days when the Palestinian lands -- which have long been occupied -- will have peace and security within the borders of the free Palestinian state," he added.

He accused the international community of failing to deal with the Israeli attacks, adding that international bodies would have done much more if such killings had happened elsewhere.

"Even if the whole world shuts their eyes, we will not allow Israeli cruelty. We will continue to be with our Palestinian siblings not only with our hearts, but with all our resources," he said, vowing that Turkey would stand by Palestine "no matter what the price".

On Monday, at least 62 Palestinian demonstrators were killed and hundreds more injured by Israeli troops deployed along the other side of the border.

Monday's demonstration had coincided with Israel's 70th anniversary -- an event Palestinians refer to as "the Catastrophe" -- and the relocation of Washington's Israel embassy to Jerusalem.

Last week, the Israeli government claimed the ongoing border protests constitute a "state of war" in which international humanitarian law does not apply.