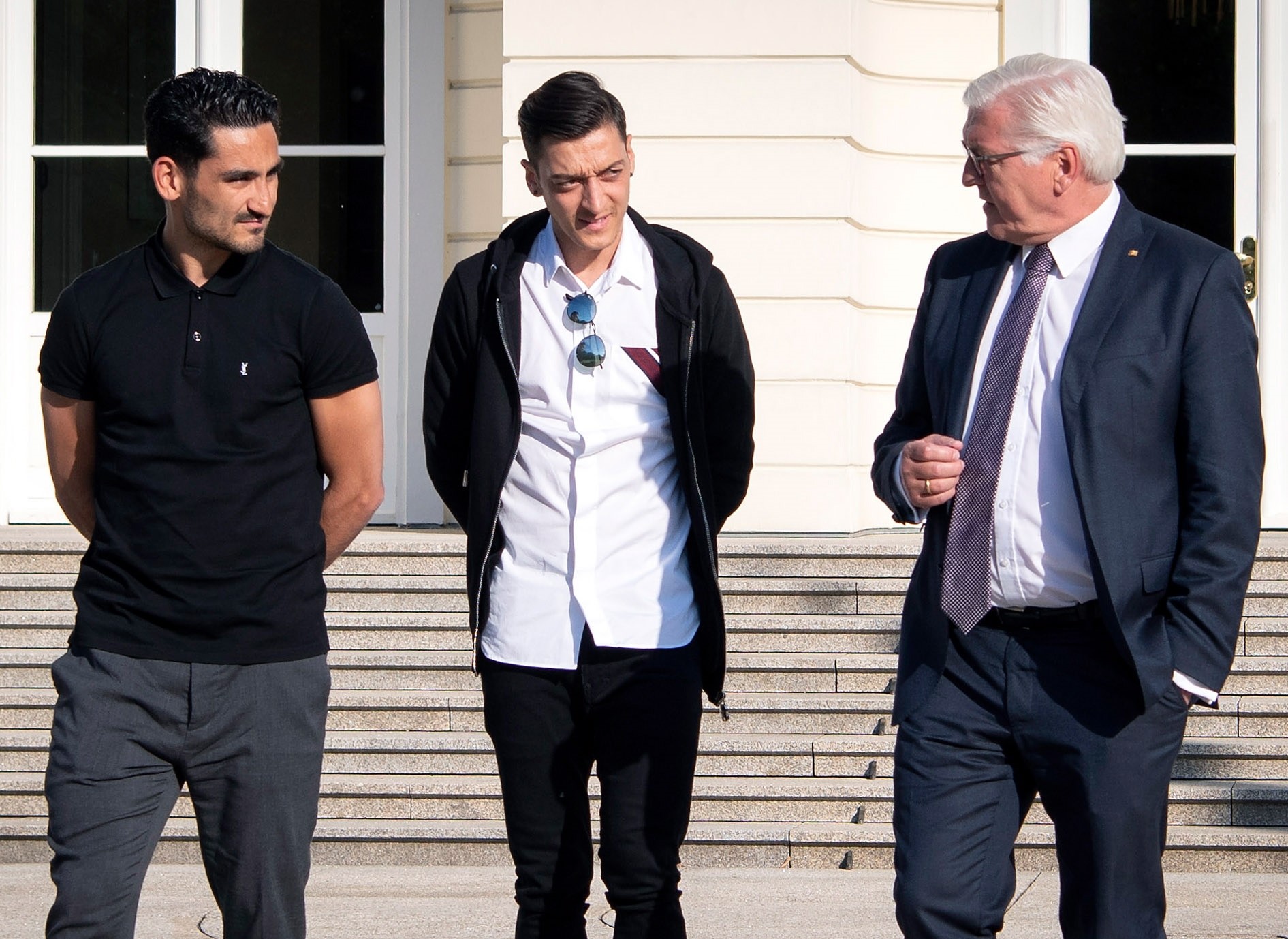 On Saturday, German President Frank-Walter Steinmeier met two German footballers of Turkish origin in a strange meeting apparently organized for the duo to declare their loyalty to their home country, after their meeting with President Recep Tayyip Erdoğan last week.

German nationals Mesut Özil and İlkay Gündoğan, along with Cenk Tosun, who are respectively playing for Arsenal, Manchester City and Everton, met with Erdoğan at the event organized as part of the president's official visit to London.

Özil and Gündoğan, both preparing to play in next month's FIFA World Cup in Russia, became the target of heavy criticism in Germany voiced by media and high-level officials including the head of the football federation and politicians, for attending the meeting amid high levels of Erdoğan paranoia in the country.

German media asserted the meeting could be considered an endorsement for Erdoğan, who is a candidate in the Turkish presidential election to be held in June 24. German Football Federation (DFB) President Reinhard Grindel called on the players not to let themselves be manipulated by Erdoğan's election campaign. Even Government Spokesman Steffen Seibert intervened in the discussion, saying the meeting raised questions and was open to misunderstanding.

He added that Özil had told him he stood by Germany, while Gündoğan affirmed that "Germany is clearly my country and my team."

DFB President Grindel said that both assured him that they had not wanted to send any political signal with that action.

Erdoğan and the Turkish government have criticized Germany over the rising anti-Turkish sentiment as well as harboring terror suspects wanted by Turkey. This led to an escalation of furor against Erdoğan and his ruling Justice and Development Party (AK Party). Germany went to great lengths to ban any election rally by the party in the country that hosts more than 3 million people of Turkish origin with government officials discouraging the party from holding rallies on German soil.