Option for paid exemption from military service will be re-introduced if necessary, Erdoğan says 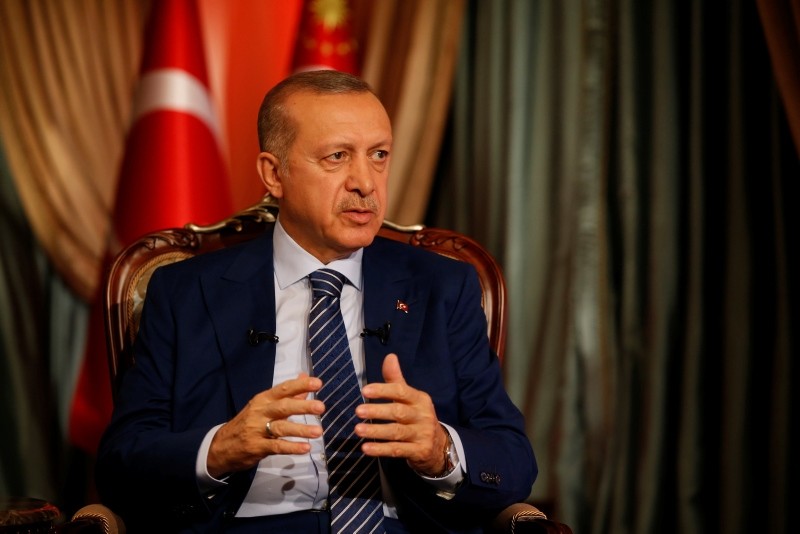 President Recep Tayyip Erdoğan has signaled that the government may introduce the option for paid military exemption once again, giving hope to nearly 3 million men registered for conscription.

Swaying from earlier comments, Erdoğan told Turkish Star TV channel on Friday that if appropriate and necessary the government will introduce the option without delay.

"After the election, we will sit down with the Chief of General Staff and Minister of Defense, and if they say that this is appropriate, if they deem it necessary, then we will pave the way [for such measure] without delay," he said.

Last week, Erdoğan had said he did not find the issue of paid military service to be ''suitable'' at a time when Turkey is heading towards snap elections scheduled for June 24.

Presidential Spokesperson İbrahim Kalın had also echoed the same tone, saying the issue was not on their agenda but could be considered in the long view.

In early May, both Deputy Prime Minister Fikret Işık and Prime Minister Binali Yıldırım said they were considering a new paid military service regulation, but expressed concern that it may be abused.

"Because we are slowly transitioning to professional military service, this is a matter that needs attention,'' Yıldırım had said, adding that he regarded such developments as positive as the fees collected for exemption from compulsory service could be used to strengthen the defense industry.

There are currently over 400,000 deserters and more than 2.5 million young people deferred from military service which are awaiting for such regulation to pass in Turkey.

The Turkish parliament approved a bill on December 3, which enabled Turkish men aged 27 and over to skip their compulsory military service by paying a 18,000 TL ($3,869) fee.

All male citizens between 20 to 41 years of age are required to perform mandatory military service in Turkey, except for those who are handicapped, mentally ill or have poor health unfit for duty. On the other hand, women are allowed only to become officers by enrolling in military schools and not as conscripts. The duration of basic service varies according to a person's education level. Those who hold a four-year university degree can complete the military service in 6 months as short-term privates, while those without a degree have to serve for 12 months. Those who are enrolled in higher education programs are also allowed to defer their draft until they have completed these programs.