Erdoğan says state of emergency may be lifted after elections 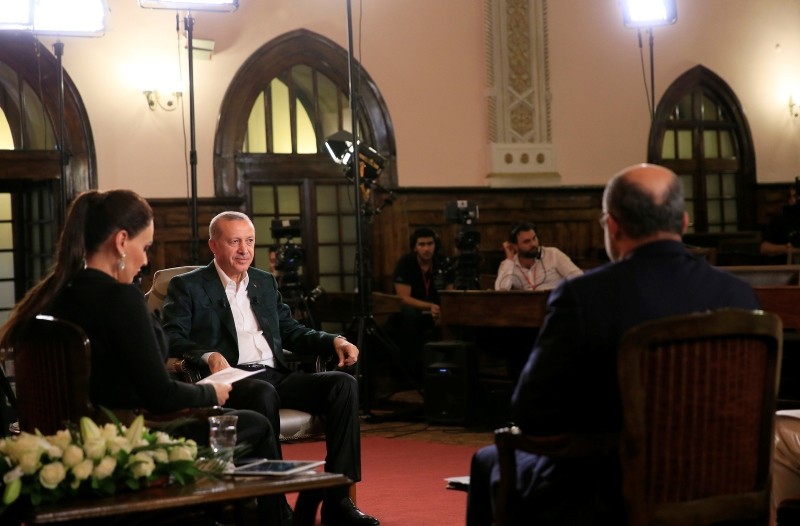 President Recep Tayyip Erdoğan on Thursday said the state of emergency may be lifted after the presidential and parliamentary elections on June 24.

Speaking at a live interview on CNN Turk news channel, Erdoğan said his government will discuss in details and make necessary assessments to lift the state of emergency imposed following the deadly coup attempt on July 15, 2016.

"Our fight against the Gülenist Terror Group continues with the same tempo as day one," Erdoğan said.

Parliament voted in April to extend the state of emergency imposed on July 20, 2016, by another three months for the seventh time.

Turkey first declared a state of emergency on July 20, 2016, following the deadly coup attempt by the Gülenist Terror Group (FETÖ), which killed 250 people and left 2,200 injured.

In the year-and-a-half since security forces have arrested thousands suspected of involvement in the coup bid – many holding positions in the government and military – and are thought to pose a continuing threat.

Erdoğan also said that Turkish military will strike PKK camps in the mountains of northern Iraq in Qandil, Sinjar, and Makhmur if the Iraqi central government does not clear the area of militants.

The president said Turkey may strike Qandil "at any moment one evening."

On Wednesday, Interior Minister Süleyman Soylu said an anti-terror operation on Qandil is not a distant target for Turkey, and drew attention to significance of this operation in maintaining Turkey's internal security.

"[Southeastern] Diyarbakır is not free as long as [the PKK headquarters in] Qandil stands there," Soylu said in an interview with NTV television.

Several reports suggested yesterday that PKK high-ranking terrorists have started to leave Qandil amid fears of the military offensive.

Mount Qandil became the PKK's main headquarters in the 1990s after it used the Bekaa Valley of Lebanon as its training grounds for many years. The area is under de jure control of the Kurdistan Regional Government (KRG) and has been used to infiltrate Turkish soil and carry out attacks on soldiers in military outposts and during their patrols near rural areas.