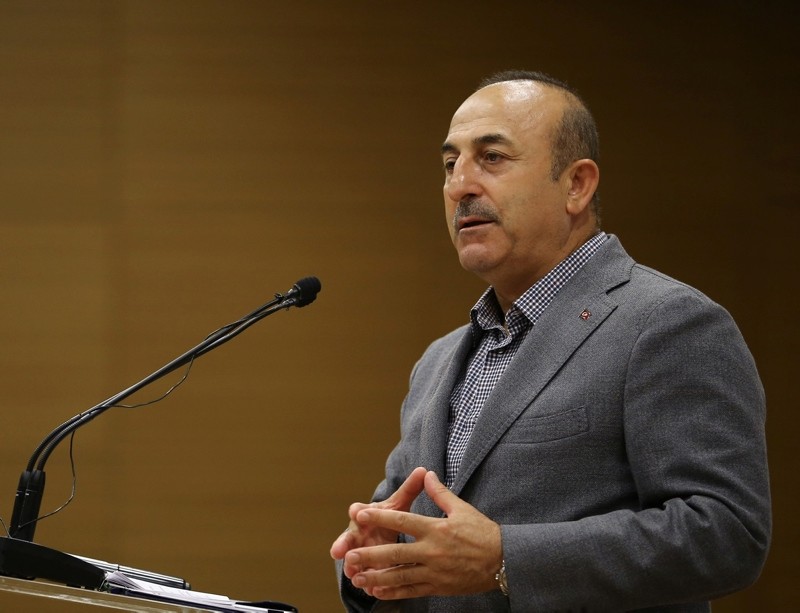 The Syrian affiliate of the PKK terrorist group will begin leaving northern Syria's Manbij region as of July 4, following a month of preparations, Foreign Minister Mevlüt Çavuşoğlu said Thursday in a televised interview with CNN Türk.

Çavuşoğlu said that the road map for a solution in Manbij, which was agreed upon by the United States and Turkey last week, is being implemented fully.

The foreign minister explained that the agreement is a diplomatic victory, saying that Turkey will supervise the retreat process.

"The U.S. will retrieve the weapons just like they delivered them," he said, referring to the arms Washington supplied to the People's Protection Units (YPG) under the pretext of fighting Daesh in Syria.

A Manbij road map was announced last week after a meeting in Washington between Çavuşoğlu and U.S. Secretary of State Mike Pompeo in early June. The deal focuses on the withdrawal of the YPG from Manbij and stability in the region. It outlines the deployment of Turkish forces to assure peace in the region and train local forces to establish and maintain security.

On Wednesday, the Turkish Armed Forces began the second round of patrolling in Manbij. According to Turkish security sources, abandoned positions by the YPG have been spotted during the patrol.

Government spokesman and Deputy Prime Minister Bekir Bozdağ said on Tuesday that Turkey and the U.S. have set a three-month timetable to complete the tasks agreed upon.

"While joint work is carried out to liberate the area from terrorists, simultaneous efforts for the administration and the security of the region are being addressed and solved," he said, adding that a new security unit would be established and the city's administration would be handed over to the local people of Manbij.

Çavuşoğlu said on Tuesday that the "Manbij model" is crucial for Syria's future and will be implemented in other areas after stability is maintained in Manbij.

"The YPG will be evicted from Manbij and their weapons will be retrieved. The area will be returned to its real owners after being cleared," he said.

Speaking on the deal, Prime Minister Binali Yıldırım also said Thursday in a televised interview that if the U.S. operates in Manbij taking Turkey's concerns into consideration, bilateral relations may normalize.

The U.S. support for the Syrian Democratic Forces (SDF), which is dominated by the YPG, has long been a cause of tension between Ankara and Washington, sparking fears of a direct confrontation between the two NATO allies.

Turkey previously launched Operation Olive Branch in January to eliminate the YPG from the Afrin province in northwestern Syria. The YPG's ultimate aim is to establish an autonomous region in northern Syria by connecting the northwestern Afrin canton to the Kobani and Jazeera regions in the northeast.

As such, Turkey's operation aims to put an end to the group's autonomy plans, which Ankara terms a "terror corridor."