CHP going through upheaval amid blame games, public criticisms for washout in elections 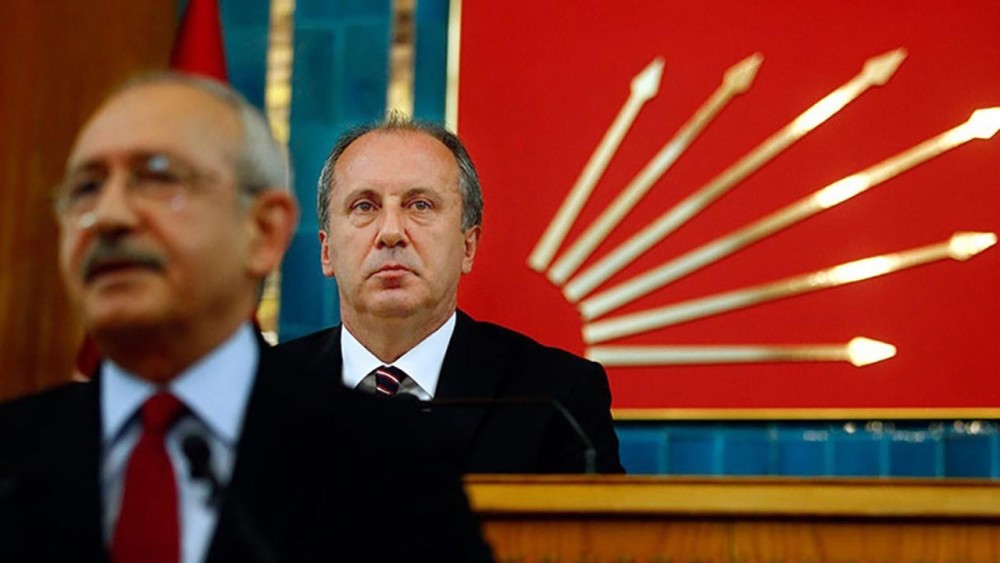 Yet another failure of the CHP in both the presidential and parliamentary elections has led to intra-party tension and dissent to increase. Many members are blaming the incumbent Chairman Kemal Kılıçdaroğlu for the party's repeated losses

The results of the June 24 presidential and parliamentary elections have caused deep cracks in the main opposition Republican People's Party (CHP) as some party officials and supporters called on the party's Chairman Kemal Kılıçdaroğlu to resign, chiding him for not owning up to his repeated "failures." Yet, Kılıçdaroğlu seems to be turning a blind eye to the dissenting faction within his party, which has been traditionally led by the party's presidential candidate Muharrem İnce, who came second in the race for the presidential post. In the elections, İnce received 30.6 percent of the vote and came in second against the victor of the elections, President Recep Tayyip Erdoğan, who was re-elected with a 52.6 percent victory.

CHP, on the other hand, only received 22.6 percent, which is a lower level of support when compared to previous elections. Kılıçdaroğlu first drew criticism within the party when he said in a press meeting Tuesday that İnce's performance remained below the CHP's expectations despite his hard work. The CHP chairman also said his party managed to decrease the Justice and Development Party's (AK Party) votes by 7 percent and refused to congratulate Erdoğan; while his intraparty rival and presidential candidate İnce phoned Erdoğan after his victory. Can Ataklı, a columnist, wrote in Sözcü daily that Kılıçdaroğlu's statements claiming that the AK Party failed in the elections were deluded and are sure to receive sharp criticism from the public. Ataklı also added that Kılıçdaroğlu should have said he would evaluate the CHP's failure in the June 24 presidential election and perhaps consider some changes in the administration.

On Tuesday, a group of CHP supporters gathered in front of the party's headquarters to protest Kılıçdaroğlu, calling for his resignation. The CHP supporters voiced their criticism regarding the eight-point gap between the votes for the party and İnce. They also chanted slogans demanding İnce to become party's next chairman.

Gürsel Erol, who became CHP's first deputy after 41 years in the eastern Elazığ province, called for a sit-in protest yesterday, openly criticizing Kılıçdaroğlu and CHP authorities. Erol previously stated that the CHP has been repeatedly facing defeats in the elections and pointed out the role of Kılıçdaroğlu in these failures. However, Erol cancelled the sit-in, saying that it might create a negative atmosphere within the party.Yılmaz Özdil, another columnist, also criticized the attitude of the CHP chairman by referring to the party's administration as a "cuckoo," saying they continue to destroy their own nest and will eventually be left homeless. Özdil underlined that the party's administration is undermining its own identity and said if the trend continues, the CHP could simply just fade away.

To defuse the crisis, CHP's assembly is set to convene today to discuss the results of the elections and take the necessary steps in the face of the harsh criticism. In the assembly, the chairman will deliver a speech and discuss the possible referral of some CHP members to the disciplinary committee, signaling that the CHP will not tolerate dissent within the party.

Meanwhile, another group convened yesterday in front of CHP headquarters to express their support for Kılıçdaroğlu. In response, the CHP chairman made a statement in the party's headquarters and called for unity in the party. "We do not want to isolate anyone. We will embrace everyone," Kılıçdaroğlu said and added that "İnce is valuable" to the party.

As İnce is planning to visit all 81 provinces in Turkey, Kılıçdaroğlu stressed that he should be welcomed by the CHP provincial heads.

"I will go to all 81 provinces. I will go to the provinces that I couldn't visit during my election campaign and hug and thank all of Turkey as the 'president of all' candidate," İnce tweeted Tuesday.

Also, Kılıçdaroğlu met with the CHP's former chairmen Murat Karayalçın and Altay Öymen at the party headquarters yesterday. Speaking at a press conference held after the meeting, the former leaders emphasized the need for unity in preparation for municipal elections next year.

Following the elections on Sunday, he highlighted that there will be local elections and therefore, the party will continue its efforts.

While some CHP supporters expect a party congress and an election of a new party chairman, İnce stated yesterday that he will not call for a congress.

For the presidential elections on June 24, the CHP announced İnce, an intraparty rival to Kılıçdaroğlu, as the candidate to run against Erdoğan. Previously, İnce ran twice for party chairmanship but failed both times against Kılıçdaroğlu.

Meanwhile, according to sources, the CHP supporters waiting in the party's headquarters on election night were disappointed that party officials left the gathering without making any statements about the election results. As they demanded a statement from Kılıçdaroğlu, the CHP's Tuncay Özkan tried to calm the angry crowd by saying an official statement would be made later.