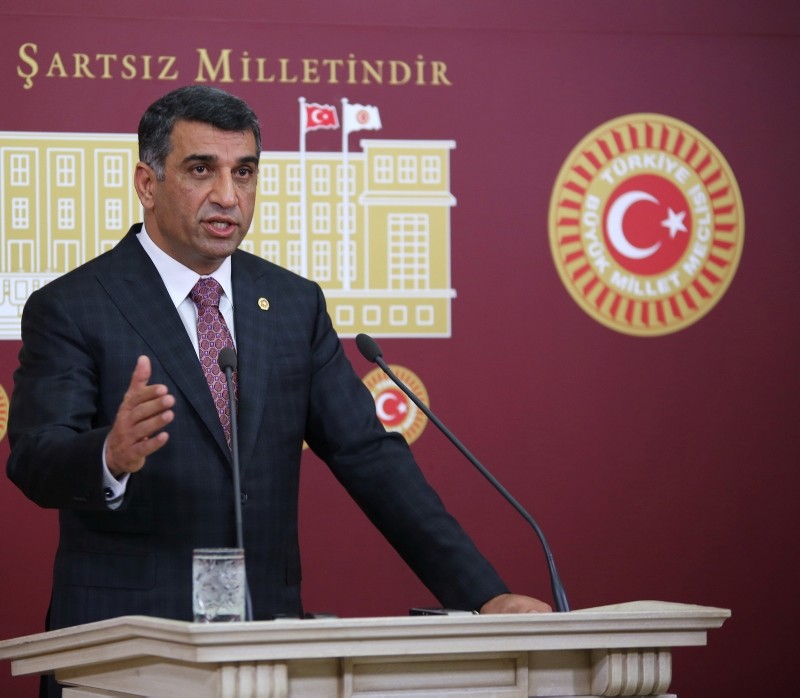 The main opposition Republican People's Party (CHP) moved to expel its Elazığ deputy Gürsel Erol on Thursday after he criticized the leadership, including Chairman Kemal Kılıçdaroğlu, over poor election results.

The Party Caucus convened at 2 p.m. to discuss the election results and the issue of referring some party members to the disciplinary commission, including Gürsel Erol, Necati Yılmaz, Eren Erdem, and Erdal Aksünger.

Erdal Aksünger, a member of the Party Assembly, said that criticizing and insulting are different terms and he said that "no one is saying insulting things, they are criticizing," ahead of the meeting started.

"If we are talking about intraparty democracy, this (criticizing) is our natural right," Aksünger added.

The defeat of the CHP on June 24 intensified criticism from within the party, leading to some party members and CHP supporters expressing their discontent with the party administration.

Following Sunday's results, Erol, who became CHP's first deputy after 41 years in the eastern Elazığ province, had called on Kılıçdaroğlu to resign from the party and for a sit-in protest. Erol was a deputy from the eastern Tunceli province in the previous legislative term.

Erol previously stated that the CHP has been repeatedly facing defeats in the elections and pointed out the role of Kılıçdaroğlu in these failures. However, Erol cancelled the sit-in, saying that it might create a negative atmosphere within the party.

While Erol was referred to the disciplinary committee, the party caucus did not take disciplinary action for Aksünger, Erdem and Yılmaz, whom are all former deputies.

On Sunday, both the presidential candidate of the CHP, Muharrem İnce, and the party itself failed to receive the desired support. İnce received 30.6 percent of the vote and came in second against the victor of the elections, President Recep Tayyip Erdoğan, who was re-elected with a 52.6 percent victory. An intraparty rival to Chairman Kılıçdaroğlu, İnce had failed twice against Kılıçdaroğlu in race for party chairmanship. Yet, he was declared as the party's candidate for the presidential race.

Many pundits close to the CHP have said that the party's incumbent leader should resign after repeated failures and that İnce had a more dynamic campaign ahead of the elections.

On Tuesday, a group of CHP supporters gathered in front of the party's headquarters to protest Kılıçdaroğlu, calling for his resignation. The CHP supporters voiced their criticism regarding the eight-point gap between the votes for the party and İnce. They also chanted slogans demanding İnce become the party's next chairman.

Compared to İnce's 30.6 percent the CHP only received 22.6 percent, which is a lower level of support when compared to previous elections. Kılıçdaroğlu had also drawn criticism within the party when he said in a press meeting Tuesday that İnce's performance remained below the CHP's expectations despite his hard work.