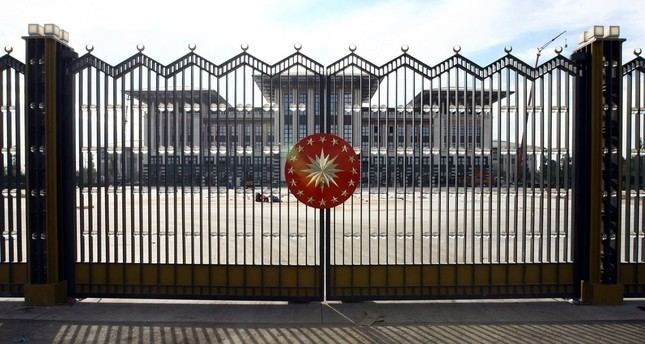 Three presidential decrees were issued yesterday and published in the Official Gazette to regulate state organizations and the functioning of bureaucracy under the new presidential executive system.

The presidential decrees include details on the responsibilities of presidential organizations as well as those of offices and agencies newly established under the new system.

President Recep Tayyip Erdoğan announced the new Cabinet late Tuesday. Presidential offices and agencies are also expected to be formed soon. For example, the National Intelligence Agency (MİT) and the Office of the Chief of General Staff, both of which used to be an undersecretary, will now be categorized as agencies. The new agencies will include the Presidency of Defense Industry, the National Security Council, the Presidency of Strategy and Budget, the Presidency of Religious Affairs and the State Inspection Council.

In the new system, staff of the central organization of the presidency will be appointed by presidential decrees. The president may also hire advisers and chief advisers for consultancy and various duties.

The president may also assign special representatives to international institutions and in foreign countries to carry out duties that necessitate expertise.

In the case of the president's absence due to reasons such as illness or going abroad for official visits, the vice president will substitute for the president and execute his duties.

Turkey approved a shift from the parliamentary system to a presidential one with a referendum on a constitutional amendments package on April 16, 2017. The government in Turkey will now be led by a president with the elimination of the position of prime minister.

Four new offices are also being established to introduce a faster process in governance. Offices on human resources, finance, investment and digital transformation will be established to supervise the state's human resources and institute the state's digital transformation to adapt to the digital age and fight cyberterrorism. Nine separate councils will develop, supervise and coordinate relevant policy suggestions. The main priority will be a more effectively run government by delegating responsibility with authority.

The president is also in charge of hiring state employees for approximately 100 vital positions, including the head of the National Intelligence Agency, the general-secretary of National Security Council (MGK), the head of the central bank, the head of the official Turkish Radio and Television Corporation (TRT) and the president of the defense industry. When the president's tenure is over, the terms of these personnel will also end. However, they will carry on their duties until a new person is appointed to their position.