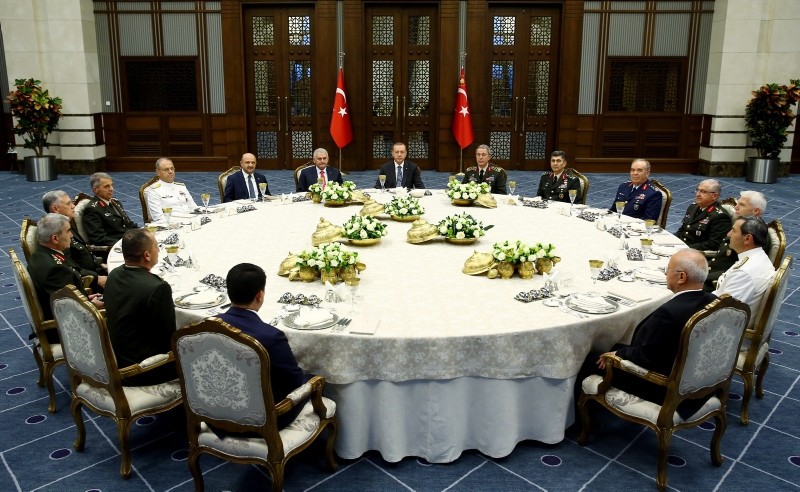 Under the new decree, Turkey's Supreme Military Council was restructured.

The council will meet at least once a year as convened by Turkey's vice president, who is appointed by the president. The president will convene the council when necessary, said the decree.

Members of the council will include Turkey's vice president or vice presidents, its treasury and finance minister, and its education minister.

Turkey's National Security Council will meet once every two months as summoned by the president, under the decree, and if the president is unable to attend, he or she will be represented by the vice president.

Last month's elections marked Turkey's transition to an executive presidential system of government, doing away with the prime minister's post, among other changes. The changes had been ratified in an April 2017 constitutional referendum.

Turkish President Recep Tayyip Erdoğan was re-elected on June 24 with a majority of votes.

Also under the decree, the Turkish General Staff will fall under the National Defense Ministry.

Also under the new decree, three bodies -- the Turkish Cooperation and Coordination Agency (TIKA, Turkey's development aid agency), the Presidency for Turks Abroad and Related Communities (YTB), and the Foundations Directorate General -- will fall under the Culture and Tourism Ministry.

The Disaster and Emergency Management Agency (AFAD) now falls under the Interior Ministry, according to the decree.
Last Update: Jul 15, 2018 12:42 pm