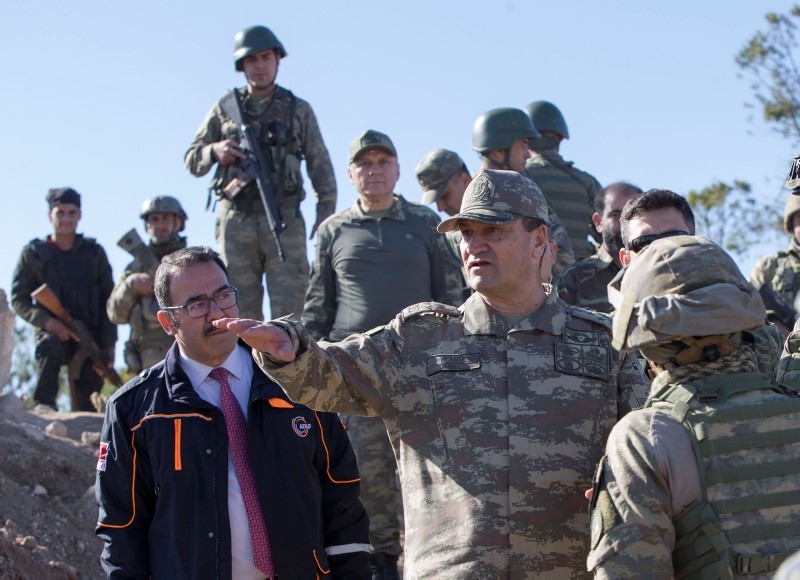 Lt. Gen. Ismail Metin Temel, the commander of the second army and commander of Operation Olive Branch, visiting troops during the Afrin operation in Syria. (AA Photo)
by Daily Sabah Aug 02, 2018 12:00 am

Speaking after the first YAŞ meeting under the new presidential system, Presidential Spokesperson Ibrahim Kalın said Temel, the commander of Turkey's Second Army and commander of Operation Olive Branch against PKK terrorists and one of the main figures of the Operation Euphrates Shield against Daesh terrorist group in northern Syria, is now a full general.

Under the latest changes, nine generals were promoted to a higher rank and 41 colonels became generals. The number of generals and admirals in the Turkish military increased from 215 to 244, Kalın said.

The YAŞ meeting is a bi-annual gathering to discuss appointments and retirements of high-ranking staff officers and generals as well as the removal of military personnel.

Temel has been at the center of a controversy prior to June 24 elections after main opposition CHP's presidential candidate Muharrem Ince threatened that if he won the election, he would force the commander to retire for applauding President Recep Tayyip Erdoğan at an event.