Erdoğan says Manbij roadmap won't be affected by US tension 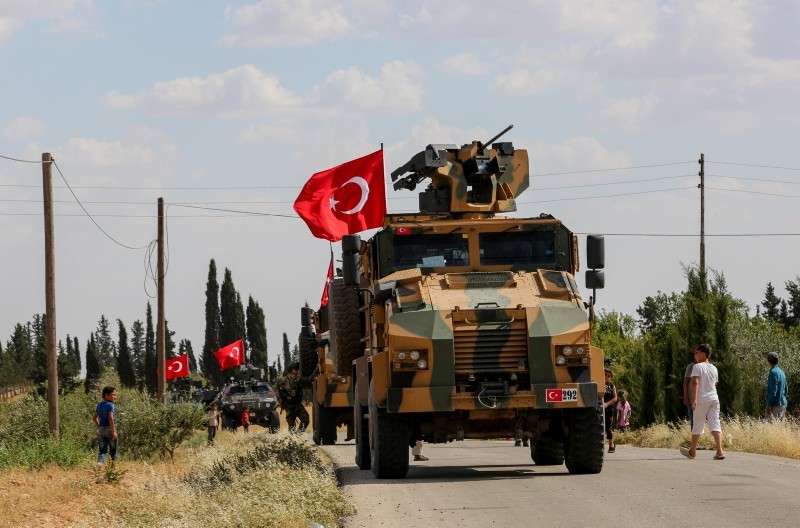 President Recep Tayyip Erdoğan said Friday that he expects the roadmap in Syria's Manbij to continue with the US, without being affected by the recent tensions.

Erdoğan's made the remarks during ceremony where he announced his 100-day plan at the Presidential Palace Complex in Ankara.

His comments came two days after the U.S. imposed sanctions on Turkey's Justice and Interior ministers over the detention of terror-linked U.S. pastor Andrew Brunson.​

Washington has repeatedly called for the release of Brunson with an increasingly threatening rhetoric.

Brunson was arrested after a secret witness in a criminal probe into the Gülenist Terror Group (FETÖ) testified against him while authorities were preparing to deport Brunson and his wife Norine Lyn for "involvement in actions threatening national security."

The Manbij deal between Turkey and the U.S. focuses on the withdrawal of the PKK-affiliated People's Protection Units (YPG) from the northern Syrian city and stability in the region. It envisaged deployment of Turkish forces to assure peace in the region and train local forces to establish and maintain security.