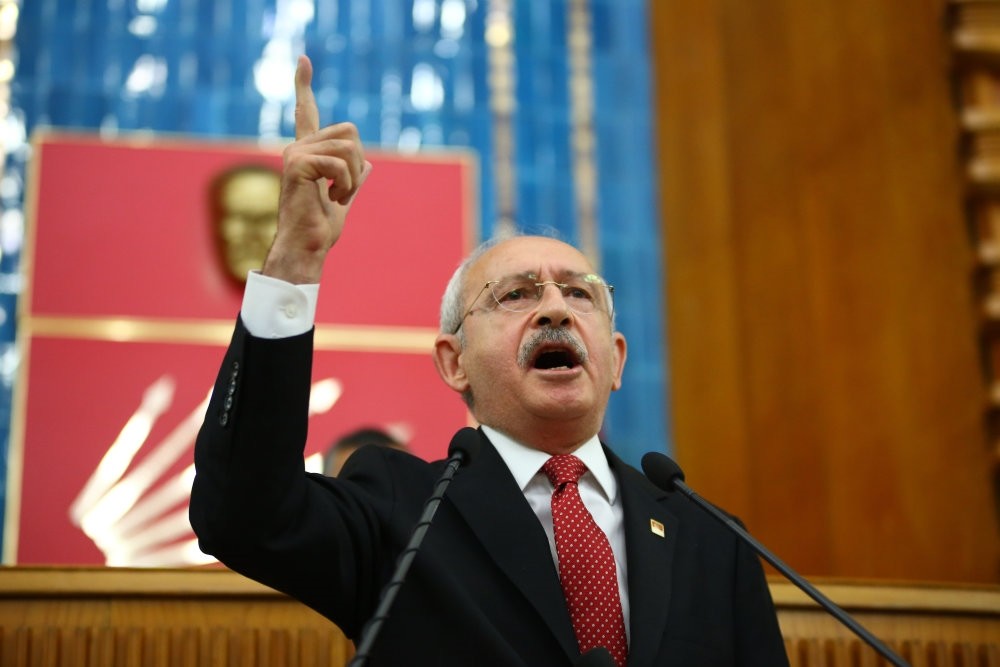 Main opposition CHP made changes in its administrative body, hoping to calm tensions with the dissidents that have continued since the party's defeat in the June 24 elections

The main opposition Republican People's Party (CHP) Chairman Kemal Kılıçdaroğlu has strengthened his leadership position on Friday after appointing new names close to him to the party's executive body, the Central Executive Board (MYK).

Kılıçdaroğlu seemingly ignored calls for change and expectations that he would assign figures closer to the dissidents to appease rising criticism against him.

The number of MYK members was increased from 18 to 19. Yıldırım Kaya, Yunus Emre, Bülent Kuşoğlu, Gökçe Gökçen, Oğuz Kaan Salıcı, Orhan Sarıba, entered the MYK, while nine people were kept in their positions. Bülent Tezcan, Çetin Osman Budak, Tekin Bingöl, Haluk Koç and Öztürk Yılmaz were removed from the board.

Contrary to the claims that Kılıçdaroğlu will form a "balanced" MYK with people who signed the petition for an extraordinary convention and are more close to the dissident faction, all the new members are known for their support for Kılıçdaroğlu.

The new MYK shows that Kılıçdaroğlu has once again shut his ears to the dissident demands calling for change, signaling further aggravation of intraparty debates.

Faik Öztrak replaced former spokesman Bülent Tezcan and became the vice chairman of the party, while Akif Hamzaçebi continues to remain in his position as the general secretary of the CHP. Oğuz Kaan Salıcı was appointed as the vice president responsible for party organization.

Meanwhile, Gamze İlgezdi, who was involved in real estate scandals, also found a place in the MYK. She became the vice chairman responsible for public relations.

On Wednesday, members of MYK had stepped down from their position to enable Kılıçdaroğlu to implement new changes in the last MYK meeting which was postponed due to the examination process of the signatures collected for an extraordinary convention.

Meanwhile, the dissidents, who are calling on Kılıçdaroğlu to step down and accept his responsibility in the party's failure in the June 24 elections, criticized the changes in the MYK.

The dissidents claimed that these changes will only postpone inevitable failure in the upcoming local elections. According to the dissidents, Kılıçdaroğlu, who reshuffled the MYK nine times during his eight years as chairman, is desperate to cling to his seat by glossing over dissenting voices.

iday that nothing has changed in the party. He said the dissidents want to change the understanding and actions of the party, not the MYK.

The party has been shaken by intraparty discussions since the failure of the party in the last elections in June.

Following the election, dissidents started a petition to convene an extraordinary convention calling for a change in the administration on July 16.

Despite constant calls to end the discussions after the announcement of the party administration that the dissidents failed to collect required 622 signatures and therefore there will be no convention, the dissidents were unceasingly protesting the administration with hunger strikes, sit-in protests and resignations.

The dissidents, whose demands were ignored by Kılıçdaroğlu, are also preparing to launch a new petition for changes in bylaws in a bid to push their demands on the administration.

Accordingly, the dissidents have been sending messages to the CHP delegates stating that they will meet Sunday at 2 p.m. in Ankara to determine new road map and discuss possible convention for bylaws. The process of collecting signatures to change bylaws may be launched on Monday in line with the decision taken in the meeting.