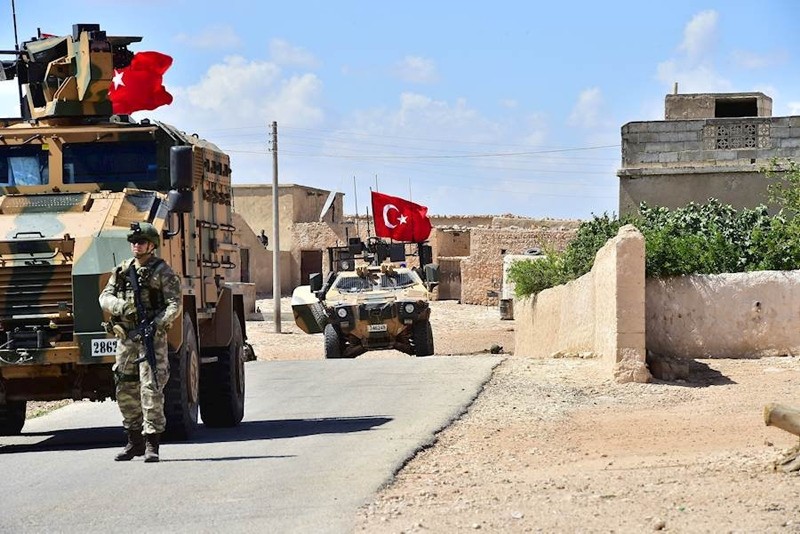 United States service members and Turkish forces are set to begin their joint patrol training within the next three days near the city of Manbij in Syria, U.S. broadcaster VOA reported Thursday.

According to United States Defense Minister Jim Mattis, training is necessary before the two forces operate together near Manbij. Training gear, equipment and training officers have already arrived in Turkey before the training officially begins.

"I would say within 72 hours actually. Very soon, could be sooner," Mattis said about the training, highlighting the urgency of the matter.

Both countries' forces are currently undertaking "coordinated but independent" patrols in the area, according to the Pentagon.

In order to uphold its commitments to its NATO ally, the Pentagon states that joint patrols are necessary.

The Pentagon says the purpose of the patrols is to support "long-term security in Manbij" and uphold its commitments to NATO-ally Turkey.

Manjib houses the PKK's Syrian affiliate the People's Protection Units (YPG), and is a key transit point for Daesh terrorists attempting to enter Syria and Iraq. The Syrian city has been controlled by the U.S.-backed Syrian Democratic Forces (SDF), which is predominantly led by YPG terrorists, under the pretext of fighting against Daesh since 2016.

However, in June a roadmap for Manbij was announced after a meeting in Washington between Turkey's Foreign Minister Mevlüt Çavuşoğlu and U.S. Secretary of State Mike Pompeo, focusing on the PKK-affiliated terror group's withdrawal from the northern Syrian city and on stability in the region.

After liberating the city, Ankara said it might take its operations further east to Manbij unless the YPG terrorist group left the strategically important city.