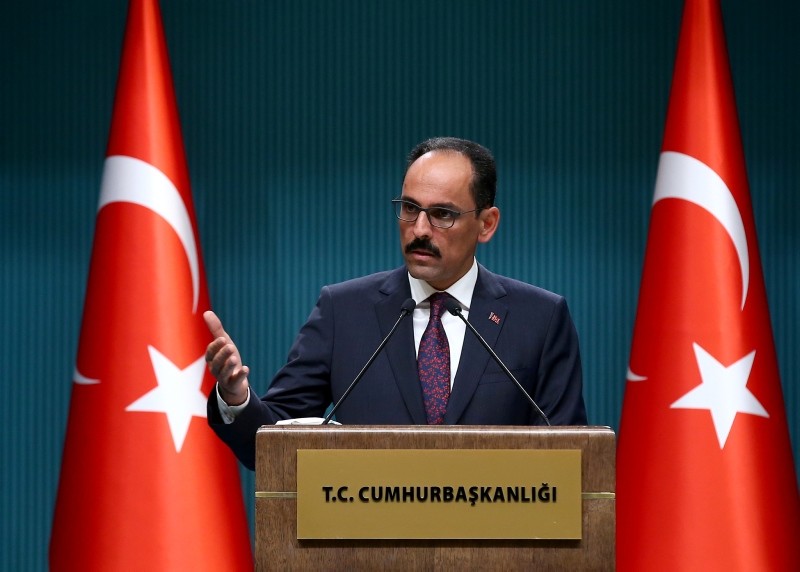 A possible attack on Syria's northwestern province of Idlib will sabotage the ongoing political process and cause a serious crisis of confidence, Presidential Spokesperson Ibrahim Kalın said on Tuesday.

Since the beginning of this month, at least 30 civilians have been killed in Idlib and Hama -- and dozens injured -- by airstrikes and attacks by the regime and Russian warplanes, according to the White Helmets civil defense agency.

The Syrian regime recently announced plans to launch a major military offensive in Idlib, which remains under the control of various armed opposition groups. Last week, the U.N. warned that such an offensive would likely lead to the "worst humanitarian catastrophe of the 21st century."

Kalın said Turkey expects all parties to make "constructive" contributions and agree on a political solution on Syria. He urged the West including the U.S. to join hands in stopping a possible attack on Idlib.

Earlier on Tuesday, the foreign ministry said that the representatives of guarantor countries -- Turkey, Russia, and Iran -- met U.N. Special Envoy to Syria Staffan de Mistura on Sept. 10-11 in Geneva.

"During the meeting, they discussed the formation of a constitutional committee and its codes of practice which constitute an important step in the struggle of finding a political solution to the Syrian crisis," the ministry said in a statement.

US move on closing PLO office in Washington

On the U.S. administration's recent decision to close the Palestine Liberation Organization (PLO) office in Washington, Kalın said that any solution, which does not recognize the will of Palestinians is not plausible.

He said that it is unacceptable for Palestinians to be exposed to isolation or an embargo for any reason.

The U.S. move comes in ostensible retaliation for efforts by the Palestinian leadership to have crimes allegedly committed by Israel prosecuted by The Hague-based International Criminal Court (ICC).