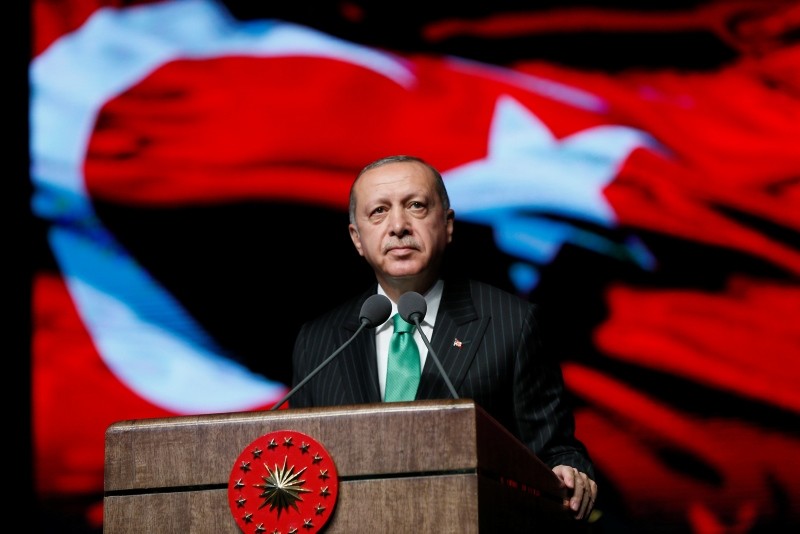 A senior Turkish lawmaker said that President Recep Tayyip Erdoğan would meet the CEOs of several major German companies during his visit to Berlin on Sept. 28.

"The main objective of our president's Germany visit is to give a boost to Turkey-Germany relations," Mustafa Yeneroğlu, who holds a dual Turkish-German citizenship, told Anadolu Agency on Sunday.

"Our president will separately receive the CEOs of some big German companies and the representatives of NGOs," said Yeneroğlu, who is a ruling Justice and Development (AK) Party member of the Central Decision and Executive Board (MKYK).

Germany is Turkey's main economic and trade partner and more than 7,500 German companies are active in Turkey. In 2017, the bilateral trade volume reached €37.6 billion ($43.6 billion).

Yeneroğlu said that a huge delegation of German businesspeople would visit Turkey in October.

"A huge economic delegation with German businessmen will visit Turkey in October under the chairmanship of German Economy and Energy Minister Peter Altmaier," he said.

Yeneroğlu stressed that Erdoğan's visit was of vital significance considering the importance of German investments in Turkey.

"The visits [between the two countries] will reciprocally continue," the Istanbul lawmaker said.

Political relations between Ankara and Berlin suffered several setbacks in the past years, but both sides took steps in the recent months towards improving relations.

Erdoğan is scheduled to pay a key visit to Berlin on Sept. 28-29, which would be his first official visit to Germany since 2014.

The president will meet his German counterpart Frank-Walter Steinmeier and German Chancellor Angela Merkel in Berlin.

During his visit, Erdoğan will attend the inauguration of the Cologne Central Mosque.

"We hope that a new chapter will be opened for Turkey-Germany relations," said Yeneroğlu.

More than 3 million people of Turkish origin live in Germany. Many of them are second- and third-generation German-born citizens whose Turkish grandparents moved to the country during the 1960s.

Yeneroğlu noted that the Turkish people think that Germany has not sufficiently fought against the PKK terror organization.

"They have taken some measures against the PKK recently," said Yeneroğlu.

"They will hold protests in every corner of Germany, which should take measures against them, as they have taken against Daesh terrorists," said Yeneroğlu.

Yeneroğlu recalled that Germany officially recognized the PKK as a terrorist organization.

"These perceptions should be lifted with the efforts of both countries. [Erdoğan's visit] will be an important test," he added.

The PKK has been banned in Germany since 1993, but it remains active, with nearly 14,000 followers among the Kurdish immigrant population in the country.

Ankara has long accused Berlin of failing to take serious measures against the PKK terror group and its Syrian branch the PYD, which use the country as a platform for their fund-raising, recruitment, and propaganda activities.