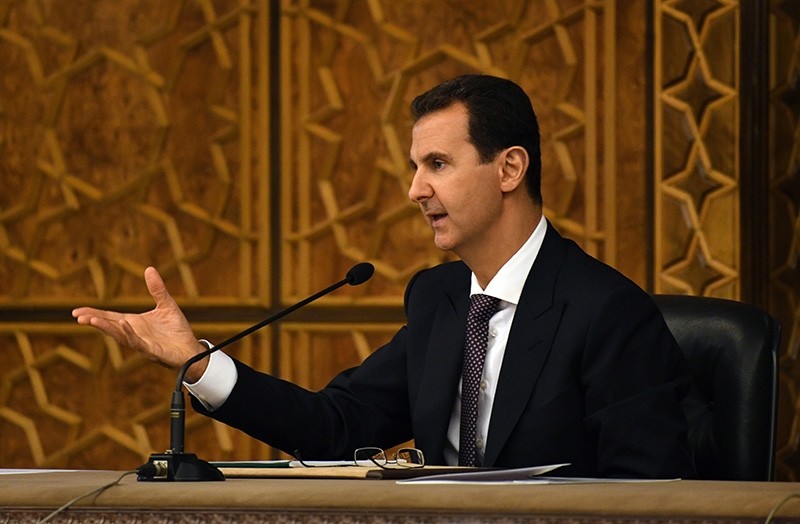 Syria's Bashar Assad said Sunday that the Turkish-Russian deal to avert a military offensive in the northwestern province of Idlib is a "temporary one" that prevented bloodshed but that his regime's goal is to restore control over all of Syria.

His comments were made during a meeting of the Central Committee of the ruling al-Baath Arab Socialist Party.

The Turkish-backed umbrella group for Syrian opposition said Sunday that it has started implementing the deal reached between Turkey and Russia to demilitarize the front lines between Syrian regime forces and the opposition in Idlib province.

Naji al-Mustafa, spokesman for 15-member National Front for Liberation, said Sunday the groups have unanimously agreed to implement the deal reached last month and expect to demilitarize 15-20 kilometers (9-12 miles) along the front lines by Oct. 15.

He said opposition forces have started withdrawing their heavy weaponry back from the demilitarized zone a day earlier after Turkish troops reinforced the area to monitor violations. He added that the opposition forces will keep their forward bases and light and medium weapons in place.

"Our forces will remain on the front lines in defense positions armed with light and medium weapons," al-Mustafa said. "Heavy weapons were mostly in back posts in our bases. So the factions will maintain their readiness to fight in these areas in case of any emergency."

The largest armed group in Idlib, the al-Qaida-linked Hayat Tahrir al-Sham, Arabic for Levant Liberation Committee, has not said whether it will comply with the deal.

The Turkey-Russia deal also calls for the removal of all members of Syrian radical groups from the demilitarized zone. It is not clear if whether they have agreed to move out.

In his comments Sunday, Assad called the West's objection to an offensive in Idlib "hysterical" adding that a regime military victory there would have foiled their plans against Syria. The Assad regime accuses western countries of seeking to divide Syria and of supporting terrorist groups.

He said Syria is now heading toward "the battle" to rehabilitate segments of society that supported what he called "chaos and terrorism." He didn't elaborate.

The Assad regime, backed by Russia, has been holding a series of so-called reconciliation deals with former opposition, under which they surrender their weapons and accept the return of regime authorities in areas they had seized before.