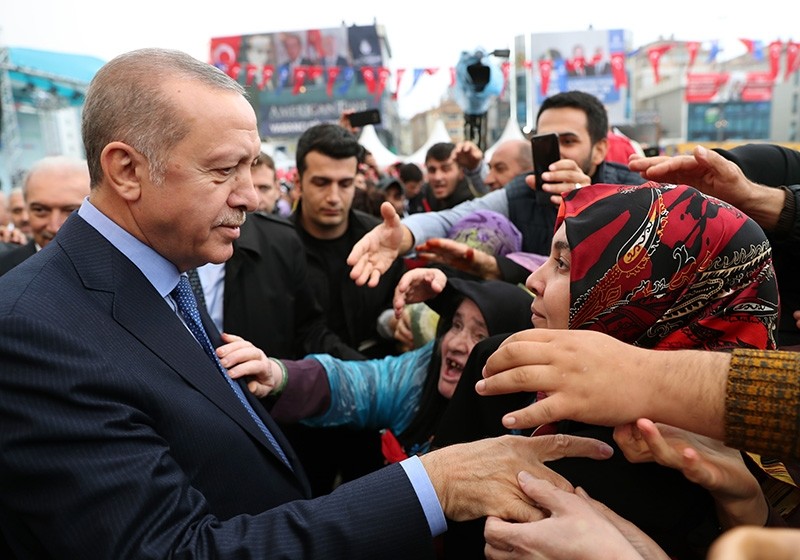 President Recep Tayyip Erdoğan ranked first place in the 2019 edition of the World's 500 Most Influential Muslims.

Prepared annually by the Jordan-based Royal Islamic Strategic Studies Centre, the book notes that Erdoğan became Turkey's first popularly-elected president in August 2014 and then secured a second term in the 2018 election with 52.5 percent of the vote.

During Erdoğan's terms, Turkey has undergone "constitutional reform and a re-emergence as a major global power," the publication said.

The report said that under Erdoğan's leadership, Turkey has focused on building stronger relations with all of its seven land-contiguous neighbors, especially Greece, and also all of those countries bordering the Black Sea -- an important trading hub and a geopolitically significant area.

"In Africa, it has opened up over 20 new embassies and consulates, and when Somalia suffered from a crippling famine and drought in 2011, Erdoğan not only gave aid, but also became the first leader from outside Africa to visit Somalia in nearly two decades," it said.

In the 2019 ranking, Saudi King Salman bin Abdul-Aziz Al-Saud was ranked second in being the most influential Muslim, while Jordanian King Abdullah II Ibn Al-Hussein was ranked third.

The book has been published annually by The Royal Islamic Strategic Studies Centre in Jordan's capital Amman since 2009, and its 10th edition for the year 2019 was published this month.

It sets out to ascertain the influence some Muslims have on the Ummah (worldwide Muslim community), or on behalf of the Ummah, according to the book.

"Influence is: any person who has the power — be it cultural, ideological, financial, political or otherwise — to make a change that will have a significant impact on the Muslim world," it explains.