Erdoğan: No discrimination against other beliefs during 16-year AK Party rule 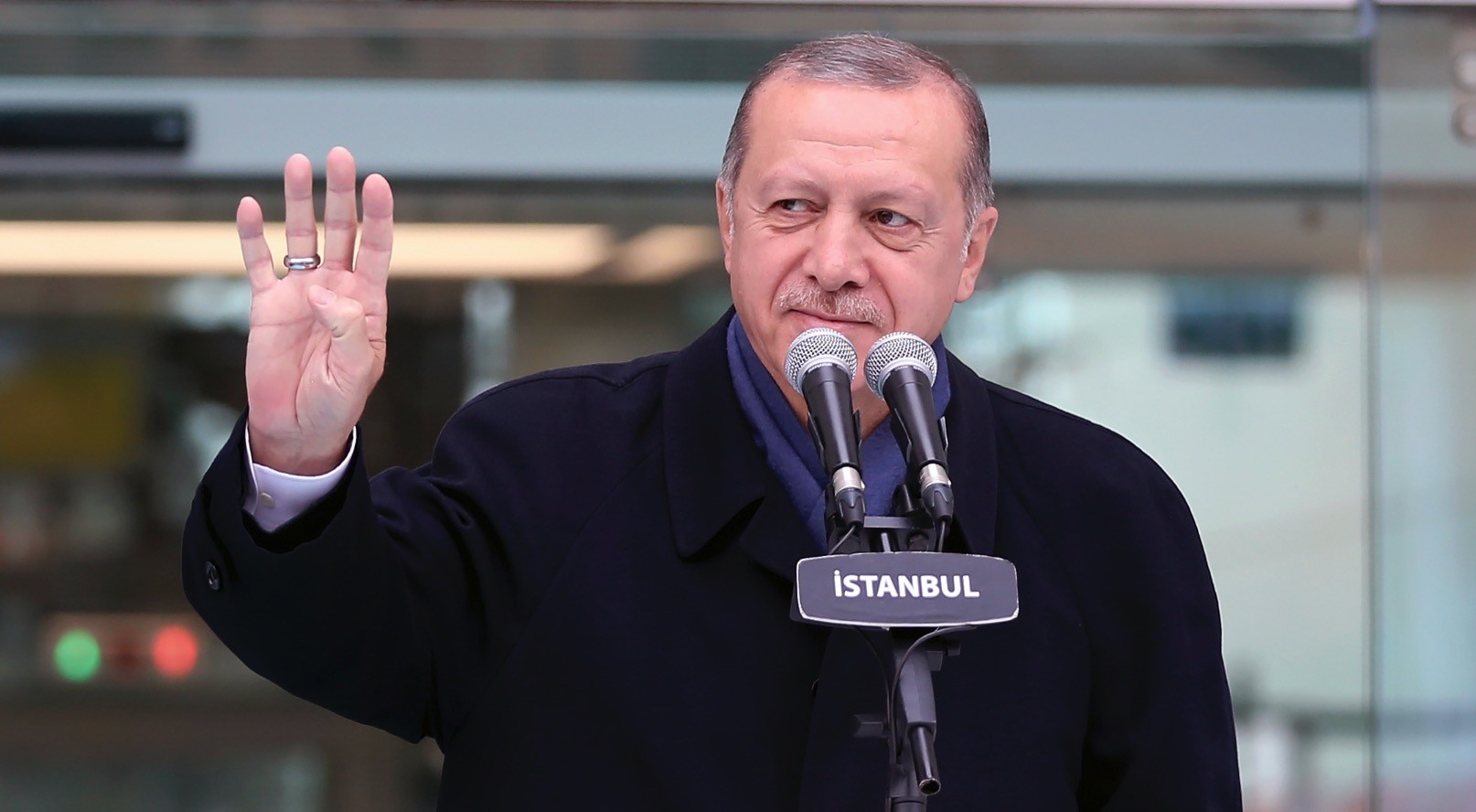 President Recep Tayyip Erdou011fan waves at the audience following his speech at an opening ceremony for the Turkey Youth Foundationu2019s (Tu00dcGVA) headquarters in Istanbul, yesterday.
by Daily Sabah Oct 22, 2018 12:00 am

The AK Party has always served everyone, regardless of what people wear or believe, during its more than a decade-long journey, the president said

The ruling Justice and Development Party (AK Party) government has enabled an atmosphere of freedom in Turkey where no one has been discriminated against, regardless of their political affiliation or religious belief, President Recep Tayyip Erdoğan said yesterday.

He was speaking at the opening ceremony of the Turkey Youth Foundation's (TÜGVA) headquarters in Istanbul.

Erdoğan said that the AK Party government has always served everyone, regardless of what people wear or believe.

"Those who are uncomfortable with the last 16 years in Turkey are the ones who used to be privileged [under previous governments]," he said.

He highlighted that in the last 16 years, none of the ethnic and religious group's freedoms have been limited and they encounter no interventions in their lives.

"The youth is the guarantee of a stronger, more prosperous Turkey. The ones who neglect their youth are also endangering their future. With this in mind, we have worked on raising our young in the best way possible for the last 16 years," Erdoğan said, adding that many investments were established specifically for the youth within these 16 years.

Turkey is known for its large youth population. According to the 2017 figures of the Turkish Statistical Institute (TurkStat),

the country boasts nearly 13 million people between the ages of 15 and 24, constituting 16.3 percent of the total population.

Speaking at the inauguration ceremony, Erdoğan said those who want to divide the country have failed and will continue to fail.

He also commented on a possible amnesty bill and said the state has the right to forgive the crimes committed against it but crimes against individuals cannot be forgiven by the state, and everyone should be aware of this fact.

"If a victim says 'I forgive,' then it is okay but we can never [say that on behalf of them]. If we do, we cannot be a just government," Erdoğan said.

In a bill submitted last month, the Nationalist Movement Party (MHP) proposed a one-off five-year sentence reduction for certain types of crimes committed before May 19, 2018.

Last week, the president said that a possible amnesty bill should be in accordance with the society's conscience.

"We need to write the amnesty bill in such a way that it will not free people who caused pain in our nation's conscience," he said, a

dding that the Justice Ministry was still working on the bill.