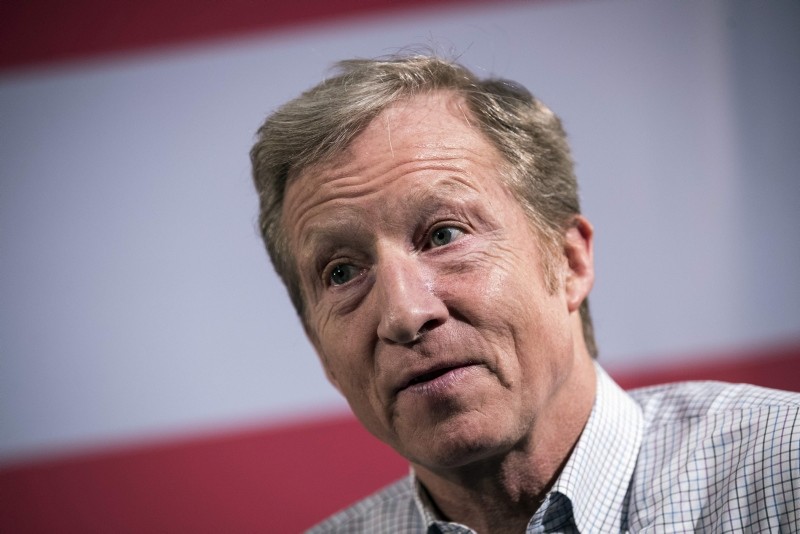 The FBI on Friday said it had recovered a suspicious package addressed to California billionaire Tom Steyer, a Democrat known for his ads calling for the impeachment of Republican President Donald Trump, exactly one week after federal authorities arrested Cesar Sayoc for mailing pipe bombs to Trump critics.

The FBI said on Twitter it recovered a package on Thursday night that was similar to other recently mailed parcel bombs.

Already, 56-year-old Sayoc has been accused with mailing 15 pipe bombs. Law enforcement has warned Sayoc may have mailed other parcels before his arrest that could still be working their way through the U.S. postal system.

Last Friday Steyer's office said a package addressed to him had been found at a post office outside of San Francisco.

Sayoc, a former male stripper, pizza delivery driver and disc jockey, on Friday agreed in a Miami court to be transferred to New York state to face five charges and a maximum penalty of 48 years in prison for allegedly sending the bombs to targets including former President Barack Obama.