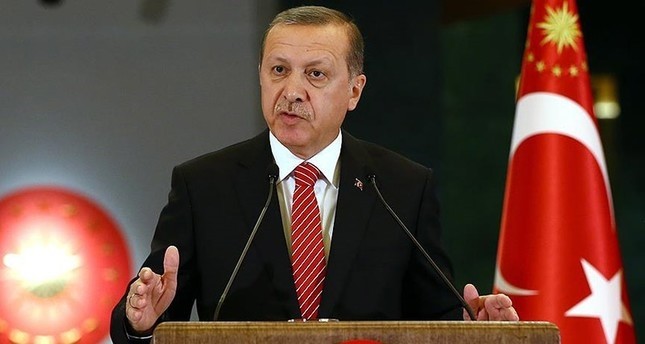 The order to kill Jamal Khashoggi came from the highest levels of the Saudi government, President Recep Tayyip Erdoğan said late Friday in an opinion piece in The Washington Post detailing Turkey's stance on the killing of the journalist in the kingdom's Istanbul consulate.

"Saudi Arabia still has many questions to answer about Jamal Khashoggi's killing," read the title of the piece, published a month after the brutal murder.

"Where is Khashoggi's body? Who is the 'local collaborator' to whom Saudi officials claimed to have handed over Khashoggi's remains? Who gave the order to kill this kind soul? Unfortunately, the Saudi authorities have refused to answer those questions," the president asked.

Calling those behind the killing "puppet masters", Erdoğan said it was the international community's duty to uncover the whole truth.

Saying that he didn't believe even "for a second" that King Salman ordered the killing of the dissident journalist, Erdoğan said even though Turkey and Saudi Arabia enjoy friendly relations, Turkey will not "turn a blind eye to the premeditated murder that unfolded in front of our very eyes."

"The killing of Khashoggi is inexplicable. Had this atrocity taken place in the United States or elsewhere, authorities in those countries would have gotten to the bottom of what happened. It would be out of the question for us to act any other way," Erdoğan added.

Erdoğan also warned those planning of committing such acts "on the soil of a NATO ally again," saying the perpetrators will face severe consequences.

"The Khashoggi murder was a clear violation and a blatant abuse of the Vienna Convention on Consular Relations," he said, underscoring that . not punishing the perpetrators of the murder "could set a very dangerous precedent."

President Recep Tayyip Erdoğan has called on Riyadh many times to disclose the identity of an alleged local collaborator said to have been involved in getting rid of Khashoggi's body.