More than a month has passed since Jamal Khashoggi's disappearance and the people responsible for his murder are yet to be found. The latest reports signal that MBS's right-hand man was the key plotter

Saud al-Qahtani, known for his work for the crown prince as a social media adviser responsible for the smear campaign against dissidents, is now considered the man behind the Khashoggi case as both planner and director of the operation, the Wall Street Journal (WSJ) reported. According to the WSJ article "Behind Saudi Prince's Crackdown Was Confidant Tied to Khashoggi Killing," al-Qahtani is now under criminal investigation and fired from his job as media adviser. 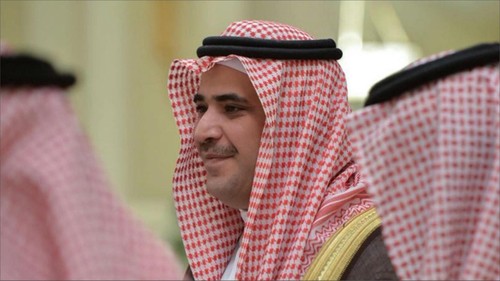 Saud al-Qahtani, known for his work for the crown prince as a social media adviser, claimed to be responsible for the smear campaign against dissidents.

Khashoggi, a Saudi national and columnist for The Washington Post, disappeared Oct. 2 after entering the Saudi Consulate in Istanbul to receive paperwork he needed to get married. Once inside the consulate, he was immediately strangled and then dismembered, according to the Istanbul Prosecutor's office. The case has brought near unprecedented international scrutiny on Saudi Arabia and its powerful crown prince, whom Khashoggi had openly criticized.

The article also reported that al-Qahtani first tried to convince Khashoggi to return to Riyadh but when he failed, he planned the murder. The article questions whether or not the crown prince was aware of the plot since al-Qahtani was known as his "right-hand."

Revealing the WhatsApp messages of al-Qahtani to Khashoggi, the article shows that he tried to convince Khashoggi to return to his hometown by saying: "The crown prince values your role as an editor. He wants you back in Saudi Arabia." When Khashoggi' refused the request, Saudi Arabia banned his son Salah from leaving the kingdom, a ban that was lifted last week with Salah going to the U.S.

Although it has been more than a month, the killing of Khashoggi continues to be a mystery as the body is still yet to be found. In an opinion piece published in The Washington Post, President Recep Tayyip Erdoğan said Turkey knows the perpetrators are among the 18 suspects detained in Saudi Arabia.

On the same day Khashoggi disappeared, 15 Saudis, many of them Saudi intelligence operatives, arrived in Istanbul and visited the consulate at the time of the disappearance. Three others arrived a day before the incident. All of these individuals have since left Turkey and were later arrested by Saudi authorities.

"We also know that those individuals came to carry out their orders: Kill Khashoggi and leave. Finally, we know that the order to kill Khashoggi came from the highest levels of the Saudi government," said Erdoğan.

The president said Turkey's efforts led the world to learn Khashoggi was killed in cold blood by a death squad and established his murder was premeditated. "Yet there are other, no less significant questions whose answers will contribute to our understanding of this deplorable act," said Erdoğan, including the whereabouts of Khashoggi's body, the identity of the "local collaborator" who was given his remains, and who ordered the killing.

"Unfortunately, the Saudi authorities have refused to answer those questions," said Erdoğan, who pledged to keep asking questions, which he said was crucial to the Turkish probe into the murder.

On Wednesday, Istanbul's prosecutor's office released a statement saying that Saudi Arabia's Chief Public Prosecutor Saud al-Mojeb and the accompanying delegation, who came to Turkey for the case, were asked where Khashoggi's body was, if there was any evidence found by the Saudi authorities on premeditated plans for the killing, and who the local accomplice mentioned by Saudi officials was. The prosecutor's office reiterated Turkey's request for extradition of the suspects arrested by Saudi Arabia in the Khashoggi case, given that the crime scene was in Turkey and Turkish officials are authorized to conduct the investigation.

"At the very least, he deserves a proper burial in line with Islamic customs. We owe it to his family and friends, including his former colleagues at the Post, to give them an opportunity to say their goodbyes and pay their respects to this honorable man," said Erdoğan.

Turkey's efforts to uncover the case continue to be praised by the international community, the latest of which came from Iran, saying that Turkish authorities have showed "excellent" work.

Haşmetullah Felhetpişe, the head of the national security and foreign policy commission of the Iranian Parliament,, said that the international community labeled President Erdoğan and Turkish authorities as honorable people due to their actions in the Khashoggi case.

"Turkey should dig deeper into the case and solve it. If the perpetrators of the Khashoggi case remain uncovered, then we would have to deal with bigger murder cases in the region," Felahetpişe said. Meanwhile, the former intelligence head of Saudi Arabia, Prince Turki bin Faisal Al Saud, whom Khashoggi previously worked for as a consultant, is banned from giving a conference at Harvard University. The university indicated that the Khashoggi case is the reason behind the cancellation, saying, "Due to the Khashoggi case, it would not be the right time." Last week, Turki said that due to the Khashoggi case, U.S.-Saudi relations are under threat. He recalled the long history of the two countries' ties and also said that the case is making Saudi Arabia look like "the devil."